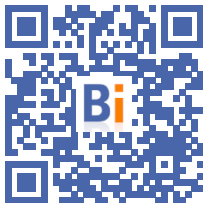 The sites of Greater Paris and, more broadly, an "overheating of public works" in Île-de-France contribute to greatly increase the costs of construction, explained Thursday Eiffage, French construction giant.

"Greater Paris creates tension and pressure on resources (...) which the building suffers a lot", recognized Christian Cassayre, CFO of Eiffage, during a press conference presenting the half-yearly results, at day after their publication.

The construction sites of Greater Paris, in particular the development of several new metro lines around the capital, certainly boosted the results of Eiffage, which posted a jump of a third of its net profit compared to a year earlier .

But they also have a negative effect by increasing the construction costs: price of material such as concrete, labor and especially material. "Cranes, compressors, pumps ...", listed Mr. Chassayre, specifying that the increase in costs is mainly reflected through the group's subcontractors.

The phenomenon is not directly problematic on the sites of Greater Paris itself, which obey the rules of public procurement and therefore allow the group to amend its contracts to reflect the evolution of costs, but it has a knock-on effect of the sector.

"We knew two years ago that it was going to go up but it is going up more strongly than one might think," admitted Benoît de Ruffray, CEO of Eiffage.

There is an "overheating of public works and all public order" in Île-de-France, he insisted, evoking more broadly a "concentration of activity on large metropolises" like Lyon, Bordeaux or Nantes.