Launch of the Unisson(s) manifesto: towards low-carbon and living architecture 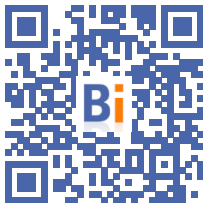 If global warming and the collapse of biodiversity intensify, the latest expert reports - the IPCC for climate and the IPBES for biodiversity - affirm our ability to limit the effects of these major upheavals.

With its manifesto, the UNISSON(S) movement, led by A4MT and the French Institute for Building Performance (IFPEB), wishes to bring together players in construction, planning, landscaping and industry in order to encourage the emergence of a new architecture, the basis for the development of new challenges.

While France is implementing Environmental Construction Regulations in 2022, taking up the environmental challenge of global warming by restricting the carbon content of works, the UNISSON(S) movement is committed to uniting, encouraging and promoting players in the sector taking part in the development of a new architectural style. To achieve this, UNISSON(S) wishes to identify and show the concrete experiences of these stakeholders, by deciphering with them their successes and their pitfalls as specified by the initiators of the movement.

The goal: "to stimulate debate between specialists and create dialogue with society through roaming in the different regions of France, thus allowing the development of a critical and informed view of non-expert fellow citizens", explains Laurent Morel, President of IFPEB, partner of A4MT and Carbone 4, and member of the UNISSON(S) Organizing Committee.

“Creating a new culture together that preserves resources as much as possible. Let all the stakeholders, the architects, the engineers, be around the table to make the transition(s) while having fun because there is something to be enchanted about, even getting ahead of the prescriptions » , says Laëtitia George, President of Contrast-e and member of the UNISSON(S) Organizing Committee, about the movement.

This dynamic, wanting to represent a "French school" within the New European Bauhaus initiated in 2020 by the European Commission, will allow architects to show a new imaginary of the possibilities of the city and the landscape of tomorrow through an architecture low carbon and living.

For Anne Rouzée, architect, partner of ATELIERS 2/3/4 and member of the UNISSON(S) Scientific Committee: “Building differently means designing differently with the search for a new aesthetic. As with textiles or furniture, which are experiencing the second-hand boom, the city and building sector must live through the transition even more quickly. »

Accompanied by its sponsors and partners, the French Institute for Building Performance (IFPEB), Action for Market Transformation (A4MT), Contrast-e, Construction21 and the New European Bauhaus, the UNISSON(S) movement invites all players in the sector to sign its Manifesto in favor of low-carbon architecture and living things to design, together, the city of tomorrow.

For Dominique Boré, Honorary President of the Maison de l'Architecture Ile-de-France and General Commissioner of UNISSON(S): “The architect must be the guarantor, the primus inter pares of the building's ecological transition. The new environmental regulations (RE2020) will lead to meeting with all stakeholders and working differently, from the upstream stages of projects. »

For its official launch, the UNISSON(S) movement will be present at the Salon de l'Immobilier Bas Carbone (SIBCA) on September 23 at the Grand Palais Ephémère.