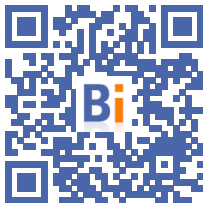 The State will launch Thursday a public debate which is to last six months on a solar park project that would become the largest in the country, in Gironde in the heart of the Landes forest, announced Tuesday in Bordeaux the National Commission for Public Debate (CNDP ).

The project called "Horizeo" is carried by the companies Engie, Neoen and RTE. It provides for the construction of a solar park with a power of one gigawatt on more than 1.000 hectares of wooded area in the town of Saucats (Gironde), 20 km south of Bordeaux.

"We are dealing with the largest photovoltaic project or low-carbon platform in France, and even in Europe, and among the 15 or 20 major projects on a global scale," said Tuesday at a press conference Jacques Archimbaud, who chairs the public debate commission dedicated to Horizeo.

Electricity storage batteries, a green hydrogen production unit, a data center and an area combining agricultural crops and solar electricity production are also planned around the park, for a total budget of one billion dollars. euros, including 650 million for the photovoltaic part, according to the file published by the companies carrying the project.

The electricity produced on the site should be equivalent to "a quarter or a fifth of the production of a nuclear reactor", estimated Mr. Archimbaud, and would be intended "for industrialists" and not individuals, within the framework of over-the-counter contracts.

The construction of the solar park will require the clearing of around 1.000 hectares of forest in an area currently dedicated to the forestry industry.

This component should be "a major subject" of the public debate which will end in January, and has already aroused opposition to the project of the mayor EELV of Bordeaux Pierre Hurmic and the president of the PS of the department Jean-Luc Gleyze.

An online petition entitled "No to deforestation of 1.000 hectares of pines for a solar park in Gironde" has gathered more than 18.000 signatures in eight months.

If Horizeo is successful, the first works would begin in 2024, for commissioning "from 2026", indicate Engie, Neoen and RTE in their presentation documents.