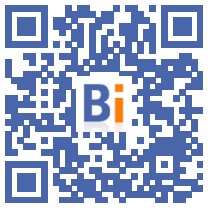 The Assistance publique-Hôpitaux de Paris (AP-HP) announced on Monday the sale of a mansion for more than 60 million euros, part of which will be used to finance the renovation work of the Hôtel-Dieu, him also already partially sold to a real estate developer.

The yellow coins will change the piggy bank: the Scipion hotel, in the 2019th arrondissement, which hosts among others the Hospitals of Paris-Hospitals of France Foundation, was sold on Friday to the French group GDG Investissements, selected "at the end of a public consultation procedure launched in XNUMX ", specifies the AP-HP in a press release.

Built in the 1980th century, the former home of Catherine de Medici's banker, transformed into a hospice in the XNUMXth century, then into the central bakery of Parisian hospitals after the Revolution, had been converted into offices and housing in the early XNUMXs.

The new owner plans to open there "for the start of the 2023 academic year" an "exceptional international campus" with a "social residence reserved for students".

The operation brings in 60,5 million euros to the AP-HP which "will allocate part of the proceeds from this sale to financing the Hôtel-Dieu hospital project".

The oldest Parisian hospital, on the Île de la Cité, must consolidate its medical activities (emergencies, consultations, psychiatry, research) on two-thirds of its surface after an in-depth renovation.

A site of 100 million euros, which must be financed by "transfers of buildings" and "without resorting to borrowing or financing that could have benefited other hospitals", according to the institution.

The remaining third, including the wing overlooking the forecourt of Notre-Dame Cathedral, was sold in 2019 to the developer Novaxia, via an 80-year lease with a total value of 241 million euros.

An amount supposed to "balance the overall financing plan for the transformation of the Hôtel-Dieu", but not only: 30 million are already earmarked for a fund "devoted to improving working conditions and innovative support for workers. patients ".