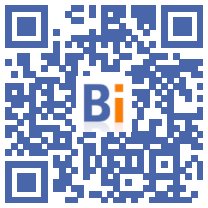 Land developers gathered within Unam on Tuesday sounded the alarm on a "major real estate crisis" with soaring prices and administrative blockages if the "Climate and resilience" bill was adopted as it stood. .

In terms of construction, "the text plans to drastically slow down the opening up to urbanization while favoring the mobilization of vacant housing and the recycling of wasteland to meet housing needs", indicated the Unam (Union of developers) in a statement.

"Guided by an ambition of land sobriety, this trajectory underlies the need to densify cities and raises the fight against artificialization to the rank of general objective of town planning law", adds the Unam which brings together above all the territory 300 companies, mostly private.

The critical organization of the "implementation modalities" of the bill "which, for lack of pragmatism, will weaken the territories and give rise to a major real estate crisis".

The “Climate and Resilience” bill, resulting from the proposals of the Citizen's Convention for the Climate (CCC), has been examined since the beginning of March in the National Assembly. One of its measures plans to halve the artificialization of soils compared to the previous decade.

"We will create a generalized surge in prices because the bill favors the most expensive construction methods to the detriment of household capacity," said François Rieussec, president of Unam, in an interview with AFP .

In addition, according to him, the law, if it were adopted as it is, would lead to an "administrative blockage" because of "pressure on elected officials and the mechanisms of control of town planning documents which risks paralyzing the chain. planning ".

As for the reallocation of vacant housing, the organization estimates that it "would only meet 20% of urgent housing needs over the next ten years".

The planners also point to "the additional cost linked to the recovery of wasteland with a doubling or even tripling of land prices" which "will hamper the ability of operators to produce affordable housing".