The AMF imposes 600.000 euros in penalties on Corum Asset Management for deceptive practices 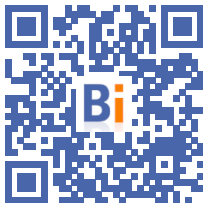 The management company Corum Asset Management, specializing in real estate, was sanctioned on Monday by the sanctions commission of the Autorité des marchés financiers for a series of breaches of its professional obligations, the AMF announced in a press release.

The commission pronounced a sanction of up to 600.000 euros against the company for "four series of breaches of its professional obligations".

It considered in particular that "the management company had failed in the professional obligations which weigh on the persons providing a financial investment advisory service" and that "certain promotional documents disseminated by the company contained unclear, inaccurate or misleading information".

In addition, the AMF's sanctions committee has identified several shortcomings with regard to "the fight against money laundering and the financing of terrorism."

The total outstanding amount of Corum Asset Management, which in particular managed two real estate investment companies (SCPI) at the time of the alleged facts, reached nearly 1,5 billion euros, its shares being marketed to "more than 24.000 subscribers, ”the statement said.