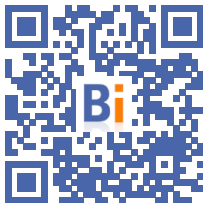 The Autorité des marchés financiers (AMF) has approved Icade Santé's IPO prospectus for an operation that values ​​the company between 5,6 and 6,4 billion euros, the company said on Tuesday in a statement.

The indicative price range of the offer is between 115 and 135 euros per share.

Icade Santé had already announced on September 10 a first stage of its IPO, specifying that it would include a capital increase of 800 million euros, to finance an investment plan of three billion euros by 2025.

"Our IPO aims to finance our growth ambitions by 2025, with the acceleration of our international expansion and the continued diversification of our portfolio", declared Xavier Cheval, CEO of Icade Santé, cited in the press release.

An open-price offer will be launched on Wednesday, and should close the following Wednesday, September 29 in the evening, the press release said. The global placement is scheduled to close on September 30 at noon.

The Icade group, which is active in offices, housing and healthcare facilities, which currently owns 58,3% of Icade Santé, "will remain the controlling shareholder" of the company after its initial public offering, is -He specifies.

As of June 30, the 183 establishments of Icade Santé represented a portfolio of 6 billion euros and a total rental area of ​​approximately 2,04 million m2.