The AMF requires a 500.000 euros fine against Perial Asset Management 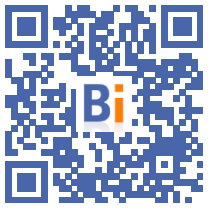 "Proven" conflict of interest, "unbalanced and misleading" information: the financial markets authority (AMF) has demanded a sanction of 500.000 euros against the company Perial Asset Management, specializing in the management of real estate funds, for acts committed between 2016 and 2019.

The case concerns a series of breaches related to the valuation of the buildings managed by Perial, its marketing campaign, its management of conflicts of interest and the fight against money laundering and the financing of terrorism (LCB-FT).

The representative of the AMF college, Lauriane Bonnet, maintained the 11 grievances considered to be characterized by the Sanctions Commission.

Perial is accused, in the valuation method for buildings managed by the group, of having carried out valuation procedures "incomplete and not very operational".

The procedure "did not detail the role of the independent assessor, did not mention his presence on the valuation committee and did not provide for the traceability of his work," said the general rapporteur of the Sanctions Commission Lucien Millou.

On Twitter and Youtube, Perial is also accused of having failed in its obligation to provide "clear and balanced" information on the marketing of financial products, in particular on the risky investments represented by SCPIs, whose capital does not is not guaranteed.

In his defense, the president of Perial Eric Cosserat argued that the company had "always acted in the exclusive interest of (its) clients" and had in no way "wanted to deceive them".

On the management of conflicts of interest, the AMF criticizes Perial for the existence of two management agreements between the group and two other companies in the group, the managers of which "received from Perial commissions in the amount of of 463.835 euros and 905.983 euros ", declared Mr. Millou.

And concerning the AML-CFT, the board of the AMF retained four complaints relating to "procedural shortcomings", the lack of "control" and "collection of information" on customers when entering into business relationship with Perial.

"The past failings have been corrected", defended the president of Perial.

The group also claims to have strengthened its marketing system and updated its valuation procedure. He also undertook to request an audit by an external firm.

The decision of the Sanctions Commission is expected in the coming weeks.

Founded in 1966, the Perial group manages "more than 4 billion in assets and more than 500 buildings" held by real estate collective investment undertakings (OPCI) and real estate investment companies (SCPI). The company has never been condemned by the AMF Sanctions Commission.