The AMF claims 2,1 million euros against two former executives of Soitec and Lafarge for insider trading 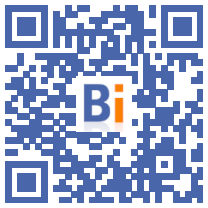 The Autorité des marchés financiers (AMF) on Friday demanded a sanction of 900.000 euros against Rémy Pierre, former financial director of Soitec, and of 1,2 million euros against Stéphane Solere, former director of Lafarge, accused of having respectively disclosed and used "inside information".

The two men, who met between 2002 and 2005 in the finance department of Lafarge, are accused of insider trading for acts committed between October 2017 and June 2018, when Mr. Pierre was financial director of the manufacturer. semiconductor company Soitec and Mr. Solere had left the Lafarge cement manufacturer.

The AMF College accuses Mr. Pierre of having disclosed three times "inside information" on Soitec's financial results to Mr. Solere, information used by the latter on his own behalf and those of his family.

A statement of telephone contacts between the two men attests to this, according to the representative of the AMF college, who estimated the overall financial benefit achieved by Mr. Solere at 325.278 euros.

In October and April, a sharp increase in turnover and a revised upward gross operating surplus (EBITDA) were announced.

However, a few days before these dates, Mr. Solere acquired "massive" securities and CFDs (derivative products).

A portion of these shares and CFDs were sold between June 5 and 7, 2018, just a few days before the publication of Soitec's annual results providing for a decrease in EBITDA margin, according to the AMF.

"None of the financial analysts who followed Soitec had anticipated this information," said the rapporteur of the Sanctions Commission.

"Simple friendly contacts are not sufficient clues," pleaded Mr. Pierre's lawyer, specifying that the telephone contacts had been obtained "in violation of the Constitution" and that they should "be excluded from the debate".

"Mr. Pierre did not derive any benefit" from this "alleged transmission of information", she added.

For his part, Mr. Solere's lawyer recalled that his client's operations were part of an investment "strategy" started in August 2016.

The decision of the Sanctions Commission is expected in the coming weeks.