LafargeHolcim sold a stake in a cement plant in North Korea 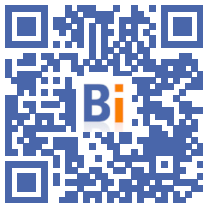 The LafargeHolcim building materials group sold its minority stake in a cement plant in North Korea in 2017, we learned from the group, confirming information from the Parisian.

"LafargeHolcim held a minority stake in Sangwon Cement Company, which operates a cement plant near Pyongyang", a spokesperson for the group told AFP. This participation, of around 36%, "was sold in 2017", she said. The amount of the transaction has not been disclosed.

This stake in a North Korean company dates back to Lafarge's 2008 acquisition of the Egyptian group Orascom, before the merger in 2015 with Holcim. Orascom, in addition to its presence notably in the Middle East and North Africa, held this share in Sangwon Cement.

LafargeHolcim did not "no managerial role" in the company and had no local employee, said the Franco-Swiss group.