Is Lafarge an accomplice in crimes against humanity in Syria? Response from the Court of Cassation on July 15 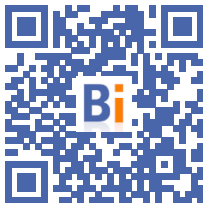 Can the cement manufacturer Lafarge be accused of "complicity in crimes against humanity"? Seized as part of the investigation into its activities in Syria until 2014, the Court of Cassation looked Tuesday, for the first time in more than twenty years, on this very heavy criminal qualification.

"For an exceptional offense, an exceptional hearing", launched Me Patrice Spinosi, lawyer at Lafarge's counsel, recalling that the highest court of the French judicial order had ruled "only twice on this notion", in 1992 in the Touvier affair, and in 1997 in the Papon affair.

This time, it is within the framework of the judicial investigation targeting the Lafarge group and its activities in Syria, opened in 2017, that the Court of Cassation, seized of six appeals, was requested.

In particular, the NGO Sherpa, the European Center for Constitutional and Human Rights (ECCHR) as well as eleven former Lafarge employees in Syria, contested the annulment by the court's investigative chamber. Paris appeal in November 2019 of the group's indictment for "complicity in crimes against humanity". They also rose up against the inadmissibility of their constitutions of civil parties.

In this investigation, the cement manufacturer, who rejects all accusations, remains prosecuted for "financing a terrorist enterprise", "endangering the life of others" and "violation of an embargo". He appealed against them.

Lafarge SA, which had invested 680 million euros in the construction of a cement plant in Syria, completed in 2010, is accused of having paid in 2013 and 2014, via its Syrian subsidiary Lafarge Cement Syria (LCS), more than $ 15 million (€ 13 million) to intermediaries and terrorist groups, including the Islamic State (IS) group.

He reportedly did so in order to keep his site active in Syria as the country plunged into war, despite alerts on abuses committed by ISIS. While the other multinationals left the country in 2012, Lafarge only evacuated its employees of foreign nationality, maintaining the activity of its Syrian employees until September 2014.

The Jalabiya plant, located near the border with Turkey, is "a very valuable asset that does not come down to the cost of its construction" and is of "strategic importance", stressed at the beginning of the hearing , three hours long, the Court's adviser-rapporteur. "Whoever owns the cement plant owns the local market," he observed.

However, does this justify maintaining the activity, even if it means exposing local employees to extremely serious risks and allowing IS to thrive?

For Catherine Bauer-Violas, lawyer for the Sherpa NGOs and the European Center for Constitutional and Human Rights (ECCHR), the payment of the 15 million dollars was "necessarily decisive" for ISIS, and "Lafarge knew that part of the money "would be allocated to the commission of crimes against humanity, which were common knowledge.

His colleague Stéphane-Laurent Texier, counsel for the eleven Syrian employees, observed that at the stage of the indictment, it was not necessary that "all the elements constituting the offense" be gathered, and considered that the court of appeal could proceed to the annulment of the indictment only "if no serious or concordant evidence" had been found.

The investigating chamber argued that the group's only intention was "to continue the activity of the cement plant", which "is more than enough to justify Lafarge's lack of adherence to a concerted phase-out plan. of a group of civilian population by generalized and systematic attacks ", which defines complicity in crimes against humanity, for his part underlined Mr. Spinosi, warning against the risk" to open the way to a considerable number of complaints "if the Court overturned the decision of the Court of Appeal.

Advocating the rejection of the appeal of the associations and the civil parties, the Advocate General observed that, as the investigating chamber had pointed out, the use of the sums paid to the IS, which could have constituted the element material of complicity, "remained undetermined".

On the other hand, he considered that the company "could not ignore the terrorist nature of the organizations receiving the payments", also proposing the rejection of Lafarge's appeal against its indictment for "financing a terrorist enterprise".