Lafarge in Syria: decision on appeal Wednesday on "complicity in crimes against humanity" 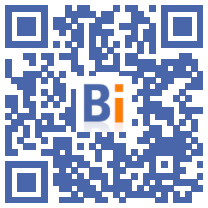 The Paris Court of Appeal renders its decision on Wednesday on the validity of the indictment for "complicity in crimes against humanity" of the French cement group Lafarge for its activities until 2014 in Syria.

As part of this judicial investigation opened in June 2017, Lafarge SA is suspected of having paid in 2013 and 2014, via its subsidiary Lafarge Cement Syria (LCS), nearly 13 million euros to terrorist groups, including the organization Islamic State (IS), as well as intermediaries, in order to maintain the activity of a cement factory in Syria while the country was sinking into the war.

The group had invested 680 million euros in the construction of this site, completed in 2010.

He has always disputed any responsibility for the destination of these payments to terrorist organizations.

The group had obtained from the Paris Court of Appeal in November 2019 the cancellation of its indictment in 2018 for "complicity in crimes against humanity".

But in September 2021, the Court of Cassation, France's highest judicial court, overturned this decision of the Court of Appeal, as well as the maintenance of the group's indictment for "endangering the lives of others" .

She had referred these two questions to the investigating chamber, in a different composition.

The Court of Cassation had also confirmed the indictment of the cement manufacturer for "financing of terrorism".

The hearing was held on March 24, in the presence of a large number of lawyers in this case, which has more than a hundred civil parties, including many former local employees.

At the end of this hearing, Lafarge's lawyers did not wish to speak.

In its written submissions of which AFP was aware, the public prosecutor's office requested that Lafarge's indictment for "complicity in crimes against humanity" be maintained: it considers that the company "financed, via subsidiaries , the activities of the IS to the tune of several million dollars, with precise knowledge of the actions".

The prosecution also requested the cancellation of the indictment of Lafarge for "endangering the lives of others".

If the court follows the requisitions of the general prosecutor's office and the will of the civil parties, "nothing will stand in the way of it being indisputably demonstrated that the Lafarge group knowingly financed the Islamic State and the Al Nosra Front while (they) were committing the worst abuses,” said Emmanuel Daoud, lawyer for the International Federation for Human Rights (FIDH).

Me Christophe Ingrain, lawyer for the cement manufacturer with Rémi Lorrain and Paul Mallet, did not wish to comment before Wednesday's deliberation.

In September, Lafarge had considered that the decision in cassation "in no way presumed (his) possible guilt", stressing that he had "no longer carried out any activity in Syria for more than six years".

In 2015, Lafarge merged with the Swiss group Holcim.