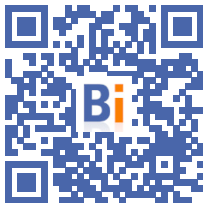 A Jordanian, having worked for the Lafarge plant in Syria, was indicted on September 24 in Paris for "financing of terrorism" in the investigation into the activities of the group in this country until 2014, said Thursday a judicial source, confirming information from the Obs.

Ahmad Jaloudi, "risk manager" - or risk manager - for the Lafarge plant in Jalabiya, in northern Syria, was placed under judicial supervision following his questioning by the magistrates of the Paris judicial tribunal responsible for this survey.

"It is indisputable that Mr. Jaloudi has fought all his life against extremism. I can only regret his indictment, which I find particularly unfair," his lawyer, Me Noémie Saidi-Cottier, told AFP.

In this judicial investigation opened in June 2017, Lafarge SA is suspected of having paid in 2013 and 2014, via its subsidiary Lafarge Cement Syria (LCS), nearly 13 million euros to terrorist groups, including the Islamic State organization. (IS), and to intermediaries in order to maintain the activity of a cement factory in Syria as the country sank into war.

Lafarge is also suspected of having sold cement from the plant to IS.

According to the Obs and the British daily The Guardian, the Lafarge plant would have served as a "regional hub" for the intelligence services of several countries.

Former member of the Jordanian special forces, Ahmad Jaloudi "would have collected information on about thirty hostages, in particular on the American journalist James Foley, the British photographer John Cantlie but also on the Jordanian pilot Moaz al-Kasasbeh", burned alive in a cage in 2015, writes the Obs.

In a 2019 customs investigation document consulted by AFP and summarizing the electronic exchanges seized, Ahmad Jaloudi is presented as "in constant contact" with the Islamic State group.

Ahmad Jaloudi "systematically informs Bruno Pescheux then Frédéric Jolibois", two former directors of the Syrian subsidiary, "as well as Jean-Claude Veillard", director of the group's security, "of his contacts with the Islamists" and "relays (their) requirements, ”the document adds.

All three are already indicted for "financing a terrorist enterprise" and "endangering the lives of others".