Lafarge accused of crimes in Syria: the Court of Cassation postpones its decisions to September 7 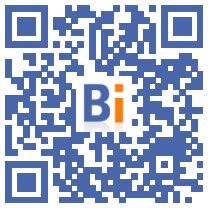 The Court of Cassation postponed until September 7 its decisions in the investigation into the activities in Syria until 2014 of the French cement manufacturer Lafarge, accused in particular of "complicity in crimes against humanity".

The highest court of the judiciary was initially to rule this Thursday on six appeals filed in this investigation.

On the one hand, the NGO Sherpa, the European Center for Constitutional and Human Rights (ECCHR) as well as eleven former Lafarge employees in Syria, have been contesting since November 2019 the cancellation by the chamber of instruction from the Paris Court of Appeal to indict the group for "complicity in crimes against humanity", a very heavy criminal qualification, particularly in terms of public image.

The associations are also protesting against the rejection of their civil party constitutions, which prevents them from having access to the file, from requesting investigative acts from the investigating judges and from hoping for compensation in the event of a conviction.

On the other, the cement manufacturer, who remains indicted for "financing a terrorist company", "endangering the life of others" and "violation of an embargo", and two former officials of the group, the ex-director of company security Jean-Claude Veillard and one of the ex-directors of the Syrian subsidiary, Frédéric Jolibois, have appealed against all the lawsuits against them.

In this judicial investigation opened in June 2017, Lafarge SA is suspected of having paid in 2013 and 2014, via its subsidiary Lafarge Cement Syria (LCS), nearly 13 million euros to terrorist movements, including the Islamic State group, and intermediaries, in order to maintain the activity of its site in Syria as the country plunged into war.

The group is also suspected of selling cement from the factory to ISIS and paying intermediaries to source raw materials from jihadist factions.