Lafarge accused of crimes in Syria: crucial decision of the Court of Cassation on Thursday 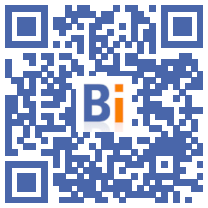 A crucial decision in an extraordinary case: the Court of Cassation rules Thursday on the various appeals lodged in the investigation into the activities of the French cement manufacturer Lafarge in Syria until 2014, and in particular on the cancellation of its enforcement. examination for "complicity in crimes against humanity".

On the one hand, the NGO Sherpa, the European Center for Constitutional and Human Rights (ECCHR) as well as eleven former Lafarge employees in Syria, have been contesting since November 2019 the cancellation by the chamber of instruction from the Paris Court of Appeal to indict the group for this very heavy criminal qualification.

The associations are also standing up against the rejection of their constitutions as civil parties, which prevents them from having access to the file, from requesting investigative acts from the investigating judges and from hoping for compensation in the event of a conviction.

On the other, the cement manufacturer, who remains indicted for "financing a terrorist company", "endangering the life of others" and "violation of an embargo", and two former officials of the group, the ex-director of company security Jean-Claude Veillard and one of the ex-directors of the Syrian subsidiary, Frédéric Jolibois, have appealed against all the lawsuits against them.

In this judicial investigation opened in June 2017, Lafarge SA is suspected of having paid in 2013 and 2014, via its subsidiary Lafarge Cement Syria (LCS), nearly 13 million euros to terrorist groups, including ISIS, and to intermediaries, in order to maintain the activity of its site in Syria as the country plunged into war.

The group is also suspected of selling cement from the factory to ISIS and paying intermediaries to source raw materials from jihadist factions.

"Continuation of the activity"

An internal report commissioned by LafargeHolcim, born from the merger in 2015 of the French Lafarge and the Swiss Holcim, had highlighted the remittances of LCS funds to intermediaries to negotiate with "armed groups". But Lafarge SA has always disputed any responsibility for the destination of these payments to terrorist organizations.

During the hearing on June 8 before the criminal chamber of the Court of Cassation, Me Patrice Spinosi, lawyer at Lafarge, stressed that the group's only intention was "to continue the activity of the cement plant".

According to him, this "is more than enough to justify Lafarge's lack of adherence to a concerted plan to eliminate a group of the civilian population by generalized and systematic attacks", which defines complicity in crimes against the humanity.

For his part, the Advocate General recommended the rejection of the appeal of the NGOs and the civil parties: as the investigating chamber had pointed out, he observed that the use of the sums paid to the IS, which would have could constitute the material element of the complicity, "remained undetermined".

On the other hand, he considered that the company "could not ignore the terrorist nature of the organizations receiving the payments", also proposing the rejection of Lafarge's appeal against its indictment for "financing a terrorist enterprise".

The Court of Cassation, the highest court of the judiciary, must render its decisions on six appeals in total.

The key dates of the case

On June 21, 2016, Le Monde claims that Lafarge attempted, in 2013 and 2014, to operate its plant in Syria "at all costs", "at the cost of murky and shameful arrangements with surrounding armed groups", including Islamic State (IS) organization.

These "arrangements" were intended to continue production until September 19, 2014, when IS took over the site and the cement manufacturer announced the cessation of all activity.

In September 2016, the Ministry of the Economy filed a complaint, triggering the opening of a preliminary investigation by the Paris prosecutor's office and the referral to the national judicial customs service (SNDJ).

In November, Lafarge was targeted by another complaint lodged by two NGOs, which went so far as to demand prosecution for "complicity in crimes against humanity": the Sherpa association and the European Center for Constitutional Rights and Human Rights. Man (ECCHR). Another association, the Coordination of Eastern Christians in Danger (Chredo), will join them later.

The SNDJ for its part concludes in its report that Lafarge Cement Syria (LCS), the Syrian branch of the group, has "made payments to jihadist groups" so that the cement plant continues to operate. The French management of Lafarge has, according to him, "validated these remittances by producing false accounting documents".

On December 1, two former directors of the Syrian subsidiary, Bruno Pescheux and Frédéric Jolibois, and the group security director Jean-Claude Veillard were indicted for "financing a terrorist enterprise" and "endangering the life of others ".

A total of eight executives and managers are indicted for financing a terrorist enterprise or endangering the lives of others.

On November 7, 2019, the Court of Appeal quashed Lafarge's indictment for "complicity in crimes against humanity", the most serious, but it maintains the other three indictments.

The Court of Cassation rules

The Court of Cassation examines on June 8, 2021 in particular the appeals formulated by the NGO Sherpa, the European Center for Constitutional and Human Rights (ECCHR) and eleven former employees, to contest the annulment of the enforcement. examination of the group for "complicity in crimes against humanity". His decision is expected Thursday.