Labor shortage: nearly 2 out of 3 craftsmen have already been forced to give up a work site 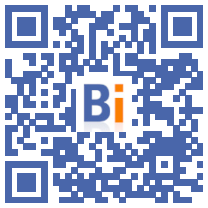 At the heart of the ecological and energy transition, the building industry benefited in the first quarter of 2021 from a rebound in its activity (+ 9,5%), driven in particular by the objective of reducing greenhouse gas emissions. greenhouse in the area.

While significant resources are being implemented to accelerate the thermal renovation of homes and encourage individuals to carry out efficient energy saving work, the lack of qualified craftsmen could well put a serious brake on the realization. of their projects as well as government ambitions: 63% of professionals say they have already been forced to give up an intervention or a project due to lack of manpower.

A figure, revealed by the study carried out by OpinionWay for the major housing player BigMat, which tends to confirm the lack of attractiveness of the construction professions and the need to take measures to compensate for the aging of the workforce, 21 % of employees over 51 years old, according to Capeb. 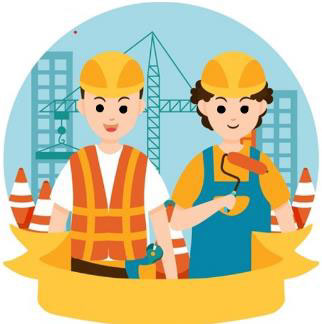 Roofer, carpenter, joiner, plumber, heating engineer, electrician, mason ... Faced with the vocations crisis, it seems urgent to restore the image of these professions and these companies which recruit throughout the territory, especially that far from the received ideas conveyed:

A high sense of professional success: more than 8 out of 10 craftsmen say they are satisfied with their life

The largest employer in France, the building industry creates around 218 jobs per year and today has more than one million employees in France. Perceived by the population as a recruiting sector (000%[1]) offering many opportunities for young people (65%[1]), the sector struggles to attract talent, parents being only 31%[1] to wish to see their children orient themselves there ...

If prejudices and stereotypes seem to partly explain the phenomenon, 77% of craftsmen believing that clichés on the construction sector dissuade young people from choosing this path, 90% consider that the National Education should make more effort for it. promote, especially among women who, for 85% of them, are insufficiently represented in these professions.

Craftsmen in the building by vocation (33%), desire for independence (25%) or even by family tradition (16%), proud of their orientation, they are thus 88% to express a feeling of professional success and 83% that to exercise a rewarding activity. A positive perception of their career which explains why 83% say they are satisfied with their life.

"64% of building craftsmen have recognized since the Covid-19 crisis a renewed interest in manual trades which seem to attract audiences from all walks of life," in search of meaning ". A profound development which represents a great opportunity to fight against the received ideas associated with the sector and to mobilize, with all the public actors of the orientation, to promote and defend the trades of the building craftsman, some of which could be threatened. lack of transmission of knowledge and know-how. ", comments Fabio Rinaldi, Chairman of the Management Board of BigMat France.

“Construction is one of the leading sectors of activity in the French economy and craftsmen play a central role in the country's ecological transition. More and more sought after to implement the energy renovation objectives of homes, their skills are becoming as rare as they are coveted with order books that are always full and response times that are lengthening. If their lack of availability was singled out by 53% 1 of the French two years ago, it could get worse if we do not take the measure of the urgency of the situation ”, he warns.

[1]BVA study for BigMat: The French and building craftsmen, September 2019