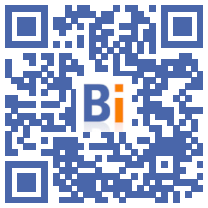 A "prior to action": just five days after the launch of the energy sobriety plan by the government, the kick-off is given on Tuesday, October 11 for the training of public service executives in the challenges of ecological transition.

The Minister of Public Service Stanislas Guerini is to present the details of this plan in the morning, alongside the Ministers of Ecological Transition Christophe Béchu, Higher Education Sylvie Retailleau and Energy Transition Agnès Pannier-Runacher.

This training project "consensus" and constitutes the "first brick of the energy sobriety plan", says one to the Ministry of Transformation and the public service.

Concretely, 220 directors of central administrations will follow twenty-hour training sessions from October 19, theoretical with the support of "very high level" scientists, according to the ministry, but also practical, via workshops relating for example to the calculation of their carbon footprint and the study of possible solutions to reduce it.

Officials will also go to the field to "meet actors" - companies and NGOs in particular - facing the challenges of global warming, who will present their way of responding to them: a visit to the forest to show the resilience, for example .

"Training is a prerequisite for action", further underlined the Ministries of Transformation and Public Service and that of Ecological Transition, which worked together on these modules combining issues of biodiversity, climate and resources. natural.

For the government, training must "irrigate the entire public administration". Thus "coaches" - agents of the ministries, initially - will individually follow the directors trained in order to "help them to give their feedback" to their teams.

Some 300 executives, such as prefects and ambassadors will then be trained in January.

The first feedback will allow, according to the ministries, to "design the best plan" of training for the next 25.000 agents.

Future civil servants will also be sensitized to climate issues from their initial training, the ministries added.