Kick-off in Marseille of the 1,2 billion euro school renovation plan 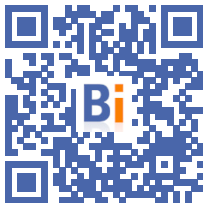 The socialist mayor of Marseille Benoît Payan kicked off the school renovation plan on Thursday, January 20, with a budget of 1,2 billion euros, partly financed by the State as part of a recovery plan for the second largest city in France.

The city councilor, at the head of a union of the left, went for this launch to the renovation site of the school group "Saint-Louis Gare", in a popular district: "This is the first project of the great adventure of the school plan that we launched. For the people of Marseille, it is the first to come out (at the start of the 2023 school year). It is a symbol", he explained.

The group currently made up of 11 elementary classes (203 pupils) and six kindergartens (119 children) should eventually accommodate 500 children in 27 classes, seven of which are split with additional spaces (workshop, library, gymnasium, etc.), greenery and solar panels to reduce the energy bill.

“We wanted this to be done in consultation, we discussed with families, teachers, city officials. This will be a school serving a neighborhood and associations that will be able to use the new gymnasium. "It's more than schools, it's dignity. It's serving places that have been abandoned for too long," he said.

Initiated in October 2021 after a visit by President Emmanuel Macron, the renovation plan aims to rehabilitate all of the 470 schools which welcome some 80.000 children and of which around a third, 174, in a worrying state, must be completely renovated.

"In 2022, 30 major renovation projects will be carried out", announced Benoît Payan, promising to start 80 projects by the end of his mandate in 2026.

This plan benefits from exceptional state aid of 400 million euros. The State will also guarantee more than 650 million euros in loans out of the 800 million that the city of Marseille will mobilize. "And by working on interest rates, we earned nearly 50 million euros more," said Payan.

A memorandum of understanding, signed by the mayor and the Prime Minister on December 14, was approved by the City Council on December 17. It remains to create a steering structure.

The mayor of Marseille has indicated that he will file next week with the prefect the statutes of the "Public Society of Marseille Schools", which will be responsible for supervising this project. This structure which associates equally the city and the State will be chaired by Mr. Payan.

"It's the toolbox that will allow us to build schools in an intelligent, fast and efficient way," boasted the city councilor, referring to an unprecedented structure. “It is the first time in the history of this country that a city has made a public company with public money in the service of a specific municipal project,” he said.