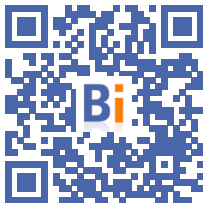 The court rejected a few days ago the appeal filed by ten environmental defense associations, which consider that the creation of a station and an activity zone on the Triangle de Gonesse (Val-d'Oise ) underestimates the impact on living things.

"The cumulative effects of the two projects have been assessed with a sufficient degree of precision, including with regard to the preservation of wasteland, light pollution and the consumption of agricultural land," said the administrative court of appeal from Paris in a judgment consulted by AFP.

Ten associations and local collectives opposed to the urbanization of these agricultural lands north of Paris had taken legal action to request the annulment of an inter-prefectural decree issued in 2019, deeming "insufficient" the impact study that he validates.

This decree, by declaring the project of public utility, allows work to be carried out which involves "the destruction or disturbance" of certain protected specimens and their natural environments, in principle prohibited by the environmental code.

The arguments of the opponents had been followed in first instance by the administrative court of Montreuil (Seine-Saint-Denis).

In its judgment, the court for its part considered that the procedure was not vitiated by any flaw and that "follow-up" and "compensation" measures were provided for in the impact study.

In May, after long speculations on the future of the Triangle, Jean Castex had announced on the spot to the elected officials that a metro station and buildings would grow on this green enclave of 700 hectares overflown by planes, of which 280 are potentially urbanizable.

Preparatory work is underway on the site.

Line 17 is to connect Saint-Denis (Seine-Saint-Denis) to Roissy airport in 2030, passing through the Triangle de Gonesse, where it was to serve the Europacity mega-real estate and leisure complex, buried by Emmanuel Macron almost two years ago.

Many local elected officials call this station of their wishes to better connect the territory to Roissy, big provider of jobs for the eastern part, and precarious, of this department of approximately 1,2 million inhabitants.

But in the eyes of its detractors, this project "in the open" is ecological nonsense, synonymous with the concreteization of agricultural spaces in an area strongly subject to urban sprawl.