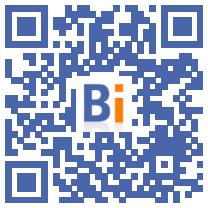 The owner of a sheepfold located in the bay of Mont-Saint-Michel, whose justice ordered the demolition in 2017, obtained a period of one year before destroying it, decided on Tuesday September 13 the Court of Appeal of Caen.

The civil division of the court annuls the decision of a Coutances judge of January 12, 2021 in that it attaches "the obligation to demolish" ordered by the courts on June 1, 2017 "to a provisional penalty of 150 euros per day late (...) for a period of four months" or 18.300 euros.

Instead, it provides for "a provisional penalty of 50 euros per day of delay after a period of twelve months from the notification of this judgment and this for a period of four months at the end of which it will be decided again if necessary by the competent enforcement judge".

During the hearing on May 12, Arnaud Labrusse, the operator's lawyer, considered that the enforcement judge could not impose a penalty payment in 2021 because the 2017 judgment had not provided for it.

Benoist Busson, the lawyer for Manche nature, a member association of the France nature environment network (FNE) had contested this argument.

In 2013 the Administrative Court of Appeal (CAA) of Nantes had for its part canceled the building permit for this sheepfold of approximately 1.000 m2.

According to this judgment, the breeder François Cerbonney had built this sheepfold in 2009 without a building permit before obtaining a regularization permit. The CAA had judged this construction "less than 220 meters from the coast" contrary to the coastal law because it is not located in continuity with an urbanization zone. In addition, it "infringes" a law of May 1930 because it is "located in an area that has remained in its natural state" of a classified site, the bay of Mont Saint Michel.

The "wooden" farm located in Genêts and which has 350 ewes and 450 lambs, "is not visible from the road or the coast", argued Me Labrusse during the hearing in May.

The operator had attended the hearing with a dozen people who, like him, wore a "Sheepfold to defend BAD" t-shirt.

Discussions are underway for its possible move to land belonging to the Conservatoire du littoral, located in the neighboring town of Vains, Mr. Cerbonney told AFP.

For its part, the Conservatoire du littoral had received the green light from the municipality at the end of March to preempt this sheepfold in particular.