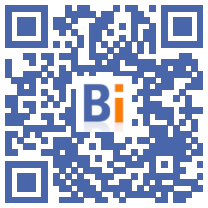 The deviation worksite for the RN88 in Haute-Loire will continue: the Clermont-Ferrand administrative court on Wednesday rejected the request of environmental defense associations which are contesting this project funded by the Rhône-Alpes-Auvergne region in the stronghold of its president, Laurent Wauquiez.

"None of the means invoked" by these four associations "is likely to give rise to serious doubt as to the legality of the contested decision", considers the court, seized in summary proceedings, in its order, a copy of which was sent to AFP.

Consequently, the request for suspension of work filed by France Nature Environnement (Haute-Loire and Auvergne-Rhône-Alpes), AUTA (users) and SOS Loire Vivante is rejected.

"It is a decision without any motivation, which is content to summarize the positions of each other, as if everything had already been decided", regretted Jean-Jacques Orfeuvre, head of FNE 43.

"I sincerely hope that the opponents will finally understand all the interest (of this deviation) both to limit accidents for the good of the inhabitants but also for the economy and tourism", reacted on his side Michel Chapuis, mayor of Puy-en-Velay.

The work, allowing the creation of a 2x2 lane between Saint-Hostien and Le Pertuis, began in early January after the agreement given by the prefecture on October 28, despite several demonstrations by opponents.

The 10,7 km of road threaten "140 hectares of natural, forest and agricultural areas, 16 habitats of community interest, more than 100 protected species", while "the current RN88 does not present a higher danger than the average of the same type of roads ", according to these associations.

Beyond their request for suspension in summary proceedings, they filed an appeal on the merits to demand the cancellation of the environmental authorization.

Elected members of the opposition group RCES (Citizen, Ecologist and Solidarity Rally) to the regional council also filed appeals before the administrative courts of Lyon and Clermont-Ferrand, denouncing a "conflict of interest of the president of the region Laurent Wauquiez" in his stronghold of Haute-Loire, where he was deputy and mayor of Puy-en-Velay.

The Region's initial 2021 budget includes an investment of 23,3 million euros earmarked for this work.

The total cost of this deviation is estimated at 226,5 million euros, including 198 million euros financed by the Region, to which is added the cost of doubling the Yssingeaux deviation, in the same department, for a amount of 37,8 million euros of exclusively regional funds, according to the RCES group.