Justice cancels a card which "sanctuarys" more than 100.000 hectares of agricultural land in Corsica 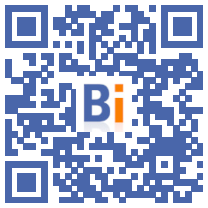 The administrative court of Bastia again canceled on Friday the map of Strategic Agricultural Spaces (ESA), a document brought to the assembly of Corsica by the nationalist majority which sanctuarized more than 100.000 hectares of the island reserved for agriculture.

Justice had been seized by about twenty applicants, including several municipalities on the island (Lecci, Bonifacio, Albitreccia, Pietrosella, Calenzana) but also individuals and SCIs (civil real estate companies). In their sights, a deliberation of November 5, 2020 of the assembly of Corsica modifying the Plan for the development and sustainable development of Corsica (Padduc), which included this mapping.

The vote of the elected took place while the administrative justice had already canceled the mapping of the ESAs several times in 2018, leaving the Padduc without mapping for two years. An open door to urbanization, according to nationalists.

This cancellation of the mapping does not, however, call into question the principle of strategic agricultural spaces, which remain under the supervision of state services.

These three reasons "result in the total cancellation of the deliberation", details the press release of the administrative court.

The Padduc, a document with political overtones voted for the first time in 2015, was presented by the nationalist majority at the head of the region as a social project supposed to ensure a balance between the preservation of the environment and economic development and social of the island. But it is not unanimous.

According to its defenders, the Padduc must make it possible to curb land and real estate speculation while allowing balanced economic development not centered on all tourism and construction.

"This mapping freezes land for urbanization and this poses a problem in the municipalities' own definition of agricultural land," estimated for his part, during the hearing, Me Claire Giorsetti, lawyer from Pietrosella (Corse-du-Sud), one of the applicant municipalities.

Julien Paolini, president of the urban planning agency of Corsica, announced that the community of Corsica would undertake an appeal before the administrative court of appeal of Marseille.