JO2024: start of work on the Marville Aquatic Center in Seine-Saint-Denis 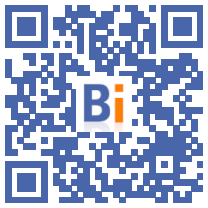 Training site for water polo during the next Olympic Games in 2024, the Marville Aquatic Center will be one of the main sports legacies of the Games for Seine-Saint-Denis and its inhabitants.

After a phase of design, studies and obtaining the building permit, the works, which began in January 2022 under the direction of a consortium of companies led by GCC, will be completed in October 2023. The site will be delivered for the Games in January 2024, before opening to the general public in September 2024. This equipment is financed to the tune of 30,5 million euros (2016 value) by SOLIDEO, thanks in particular to significant contributions from the City of Paris and the Departmental Council of Seine-Saint-Denis to its budget, and also with the support of the Île-de-France Region.

A major sporting heritage for Seine-Saint-Denis 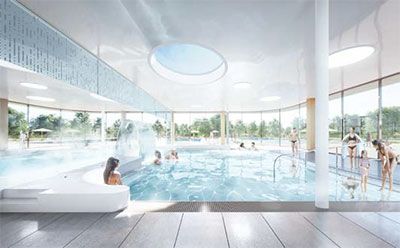 This new aquatic center will replace the current swimming pool opened in 1975 within the Departmental Sports Park of Marville located between the municipalities of Saint-Denis and La Courneuve. It will offer a totally new space of 4m600 including nearly 2m1 of water, with indoor and outdoor pools, a wellness and balneotherapy area, two solariums, a water fun beach and a games lagoon.

During the Olympic Games, the Aquatic Center will host water polo training. After 2024, this new public facility will considerably strengthen the aquatic offer of the Marville sports park, whether for sports or leisure, clubs, school groups and residents of Seine-Saint-Denis. The future Aquatic Center is thus fully in line with the €40 million "Pools Plan" voted by the Department at the end of 2015 and aimed at the renovation of half of the swimming pools and the construction of 5 new swimming pools in Seine-Saint- Dennis. An essential effort for a territory which has less than 60 m2 of swimming pool for 10 inhabitants, against more than 000 m160 on average in Île-de-France, and where more than 2% of pupils entering 50th grade do not know how to swim. .

The Aquatic Center is part of the Marville Sports Park development project. This 33-hectare site, which the Department has been managing since 2019, will benefit from 30 million euros of investment (excluding the Aquatic Centre) in order to rehabilitate its sports facilities to make it a structuring sports site on the scale of the Seine- Saint-Denis both in terms of sports practices under agreement and free sports practices for all.

“The future Marville Aquatic Center is one of the main sporting legacies of the 2024 Games for Seine-Saint-Denis. In a territory where we greatly lack swimming infrastructure, this future Aquatic Center demonstrates how the Games can be an accelerator for public policies and sports practice for all, whether leisure or touring. towards the competition. »
Stéphane TROUSSEL, President of the Department of Seine-Saint-Denis

“From the start of the 2024 school year, the inhabitants of Seine-Saint-Denis and Paris, and in particular the youngest among them, will be able to benefit from these new pools which will have welcomed the best water polo teams in the world for their preparation at the 2024 Games. This new equipment materializes the positive and lasting effects of the Games on our territories, in particular for the necessary improvement of the nautical sports offer. »
Pierre RABADAN, Deputy Mayor of Paris in charge of sport, the Olympic and Paralympic Games and the Seine