Paris Olympics: in the workers' gardens of Aubervilliers, we want "pumpkins, not concrete" 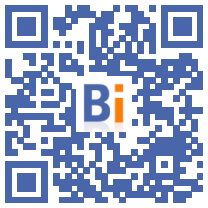 "I don't have an earthworm moving truck": Viviane Griveau-Genest grumbles as she aerates the clay on her plot in the Jardins Ouvriers d'Aubervilliers (Seine-Saint-Denis). In three months, his plot will disappear in favor of an aquatic center which will be used for the Olympic Games in Paris in 2024.

These plots with sheds and fruit trees form an enclave of greenery of 2,25 hectares from which sometimes the crowing of a rooster escapes, contrasting with the towers in the background and the adjoining car park, an open-air dumping ground.

It is on this parking lot that the future aquatic center of the city, used as a training center for the Olympic Games, must push. Leisure facilities will be added, including a "mineral and plant solarium", over 4.000 m2 of allotment gardens.

"A mineral solarium is basically a terrace for sunbathing", grumbles Viviane Griveau-Genest, who prefers "to have her hands in the earth" and harvest her vegetables.

Like this 18-year-old, some gardeners and conservationists do not intend to abandon their XNUMX plots so quickly at the end of April. "Pumpkins, not concrete", they chant regularly.

They must plead their case Wednesday in front of Tony Estanguet, president of the organizing committee of the Olympics-2024, during a meeting which reflects the feverishness hovering over this file.

"We didn't need that, we already have the pandemic, I would say that we have an additional virus called + concrete +. It is winning everywhere", grumbles Gérard Muller, vice-president of the Jardins Ouvriers association. des Vertus, which has existed for 85 years.

Planed according to the urbanization of this popular city of 90.000 inhabitants north of Paris, the current gardens will be reduced by one hectare in total. After the aquatic center, 6.000 m2 must be removed after 2024 for a Grand Paris Express station.

These operations are part of the development of the fort which adjoins the Virtues and other neighboring allotment gardens.

"In this project we have the preservation of this heritage including the seven hectares of gardens, it is a long-standing commitment", assures Camille Vienne-Thery, project director at Grand Paris Aménagement, owner of the land.

The dislodged gardeners will first be welcomed in these neighboring gardens, then will have another site, "a football field which is fallow on which it is proposed to reconstitute the gardens," she explains.

"The soil, I am not going to recover it where I am going to be put and the earthworms will not leave in my pockets. I do not have an earthworm moving truck," says Ms. Griveau-Genest.

"The destruction of these gardens is not useful" because it would suffice to "put the solarium on the roof", also pleads Yvan Fouquet, architect and support for gardeners.

"Too late", answers Karine Franclet, the mayor (UDI) of Aubervilliers, who believes that breaking the public market would mean "4,7 million euros" in penalties. Modifying the project would also mean delay, "and here we are already very tight on schedule", she emphasizes.

"If this equipment is carried out in the calendar, we will be delighted to use it", explain to AFP the organizers of the Olympics, who recall that they will be "one of occasional users" of this public equipment .

Karine Franclet, who says she inherited a "complicated file" initiated by her Communist predecessor, however rents "essential" equipment, to "be part of the Olympic adventure" and for educational purposes, in a department where a child on two cannot swim when entering sixth grade.

To build the aquatic center - 33,6 million euros - the City, the contracting authority, will benefit from subsidies, including around 10 million euros from the Solideo, the delivery company for the Olympic structures.

Several defenders of the gardens have formulated on December 16 a gracious appeal for the repeal of the local town planning plan of Plaine Commune.

"We must arrive at a compromise position" but "we must not waste time", slips Mathieu Hanotin, socialist president of the intermunicipal association.

In the eyes of Gérard Muller, who continues to watch for the appearance of a tit or a hedgehog in his garden, this project remains "an aberration which is against the grain of history because we need trees, we need nature, listen we hear the birds, it's beautiful! "