JO-2024: affected but not sunk, the Aubervilliers training pool validated by justice 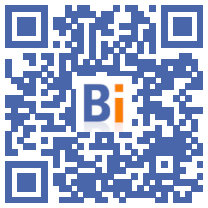 After a chaotic start and several construction interruptions, the Olympic swimming pool project in Aubervilliers (Seine-Saint-Denis), planned for the training of athletes for the 2024 Paris Olympics, obtained the green light on Thursday from justice, which validated a new version preserving the adjoining allotment gardens.

“The project on which the Court ruled had evolved very clearly compared to the initial project”, estimated the administrative court of appeal of Paris in a press release.

"Two modifying permits have been issued, which have profoundly modified the original project by first removing the restaurant initially planned, then the equipment which was to encroach on the perimeter of the allotment gardens", she justified.

To obtain this green light, the city of Aubervilliers, summoned to review its copy, presented the judge with a new version of the project, relieved of certain ancillary equipment.

It has therefore excluded the central object of the tensions: the construction of a "solarium", a sort of mineral terrace nibbling 4.000 m2 of food plots on the 2,5 hectares (25.000 m2) of the Gardens of Virtues.

Opponents saw in this equipment a symbol of "concreting" which further asphyxiates cities, in reverse according to them of the ecological emergency.

The work would have caused "difficult to reverse consequences" in this "primary core of biodiversity", had estimated the judge in chambers in March, summoning the city to stop this part of the site.

The gardens concerned had already been destroyed by the backhoe loaders.

"The project has been abandoned. The solarium will not be built," the city of Aubervilliers told AFP on Thursday.

"In accordance with the judge's decision, there was a restoration to avoid the collapse" of the sector, involving the filling of sinkholes, collapses of the ground on the surface, explained the City.

It will be up to Grand Paris Aménagement, owner of the place, to decide on the use of this land, attached to other plots of greenery that have remained intact, she added.

"This decision is a victory because it takes note of the fact that the gardens are sanctuary, the permit no longer affects these green spaces", reacted to AFP Ziad Maalouf, one of the gardeners at the origin of the appeals, to the alongside two environmental defense associations.

“I call on Grand Paris Aménagement to take note of this decision and to restore these destroyed gardens,” he added.

After two interruptions by the courts, the site will therefore be able to resume on the authorized part.

"Two cranes were installed in June to prepare for the resumption of work", has also revealed the City. The earthworks are "in the process of being completed" and the structural work must start "by the end of July".

Keeping to the schedule is all the more crucial as the Paris-2024 organizing committee, repeatedly approached for this project, has indicated that it will find another site for swimmer training if the Aubervilliers swimming pool did not see the light of day in time.

Aubervilliers, which has been dreaming of an Olympic basin for a long time, benefits from an envelope of 10 million euros from Solideo, the company in charge of the Olympic structures.

Or about a third of the total budget of the swimming pool, re-evaluated at 32 million euros, the new version without solarium lowering the bill by one million euros, indicated the City.

Two years before the Paris 2024 Olympic and Paralympic Games, Seine-Saint-Denis is trying to garner as much permanent infrastructure as it wants to constitute as a "legacy".

The map of sites has moved again at the end of June, since the shooting events leave the department, which will host in exchange the qualifying phases of the boxing tournament.