JO-2024: start for the construction of the Olympic marina in Marseille 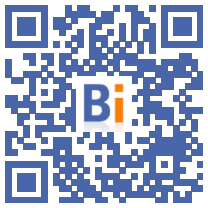 In Marseille, the construction of the Olympic marina had already started but the works were officially launched Thursday in the presence of the president of Paris 2024, Tony Estanguet, in order to build the site of the sailing events of the next Olympic Games.

It was a symbolic gesture, made in front of five temporary Olympic rings and facing the harbour: on Thursday, local elected officials, accompanied by the Paris 2024 organizing committee, laid the first stone for the construction of this new nautical equipment whose work should have "strongly advanced" within a year, with a test event taking place in July 2023.

7.000 square meters of construction, 17.000 m2 of reorganization of outdoor spaces, redevelopment of the body of water: the Roucas-Blanc nautical stadium will be transformed in order to be able, in 24 months, to accommodate more than 380 athletes at Marseilles.

Tony Estanguet said he was "serene" about the progress of the work and the local organization of these games. “Hotels and a perimeter have already been defined” to accommodate the athletes, he notably underlined in front of many elected officials, including the president of the Paca region Renaud Muselier and the president of the department of Bouches-du-Rhône and the Aix-Marseille-Provence metropolis Martine Vassal.

Until then, the body of water was already used by several dozen athletes from the French sailing team, but also kayakers. "Redesigned, sustainable", the future marina will be intended to offer Marseille a nautical center "preserving (the) biodiversity", underlined the mayor of Marseille Benoît Payan.

Marseille is keen on the "legacy" of the games and the sustainability of these new infrastructures which should allow "all Marseillais" to learn about sailing and to "find what belongs to them, the sea", added Ms. Payan.

Marseille was chosen in 2015 by the organizing committee of the Paris 2024 Games, among six candidate cities. "It was a hell of a decision and the whole Paris 2024 team is proud of it," repeated Mr. Estanguet.