JO-2024: justice suspends the building permit for a training pool 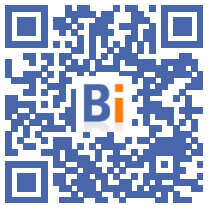 First legal turmoil for the future Aubervilliers swimming pool: an administrative judge on Monday suspended the building permit for this future training basin for the Paris-2024 Olympic Games, contested by environmental defenders.

"The execution of this ordinance, which suspends the contested building permit, necessarily implies, as the applicants rightly argue, that the work already undertaken is immediately terminated", concluded the administrative court of appeal. of Paris, in a judgment consulted by AFP.

There are "serious doubts about the legality" of this permit, deposited irregularly by Karine Franclet, the UDI mayor of Aubervilliers, and issued without respecting certain town planning rules, the decision specifies.

"We appeal in cassation to the Council of State and we will initiate actions point by point to resolve each problem raised by the judge," responded the councilor to AFP.

The project involves in particular the destruction of 67 trees, "while the building permit does not envisage as compensation (...) that the replanting of 47 trees", thus detailed the court.

"We are relieved, it's a recognition. The earthworks began this (Monday) morning, they had to stop," Ziad Maalouf, one of the three gardeners at the origin of the plant, told AFP. request, with two associations for the defense of the environment.

"We continue to denounce the fact that we could do otherwise," hammered Jean-Marie Baty, president of MNLE 93 (National Movement for the Fight for the Environment).

The emergency suspension of the works does not mean the total cessation of the project, which must be the subject of a new hearing on the merits.

The same court had interrupted in April the work of the media village, another flagship project of the Olympics in Seine-Saint-Denis. But three months later, after the study of the file in the background, it had reversed, authorizing the resumption of the site.

The suspension of the building permit comes after the plots concerned by the works have already been destroyed.

On Saturday again, around 300 people marched in Aubervilliers to denounce this project which, according to them, is contrary to the ecological emergency. They mainly target the solarium which should accompany the aquatic center and emerge instead of trees and vegetable gardens.

The workers' gardens of the Vertus, a century-old enclave of 2,5 hectares at the foot of the towers, must be reduced by 4.000 m2 for the construction of this work.

The majority of the gardeners concerned were moved to other neighboring plots by Grand Paris Aménagement, owner of the land.

Training pool for swimmers during the Olympics, the swimming pool must then be accessible to the inhabitants of this popular city, in a department where 60% of children cannot swim when they enter sixth grade, in particular for lack of sufficient infrastructure.

For Aubervilliers (87.000 inhabitants on the outskirts of Paris), the issue goes beyond the mere question of water because it must materialize an old regional development project: the installation of an Olympic swimming pool was already mentioned during the candidacy of Paris at the 2012 Olympics.

The project is estimated at 33 million euros, of which about a third must be financed by Solideo, the company responsible for delivering the works for the Olympics-2024.

According to the initial plan, this controversial pool should be no later than June 26, 2024, one month before the start of the Olympics.

"If the calendar does not allow the pool to be signposted as a training site, the Solideo will pose the debate" of its financial participation, warned Monday in front of the press Stéphane Troussel, the president (PS) of the departmental council of the Seine -St Denis.

If this catastrophic scenario were to materialize, "I do not intend that Seine-Saint-Denis loses its credits", anticipated Mr. Troussel, who made the "legacy" of the Games a priority to boost the development of the poorest department in mainland France.

"We have concerns but we will do everything, including soliciting the Prime Minister via the prefect to maintain the subsidies in a more constrained schedule," said the mayor of Aubervilliers.

When contacted, the Solideo and the Paris-2024 organizing committee did not wish to react.