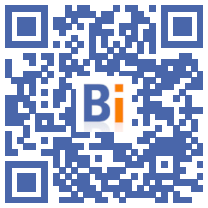 The elected Parisian communists, allies of the mayor PS Anne Hidalgo, but also the elected LRs demanded Tuesday more sports infrastructure in the capital within three years of the 2024 Olympic Games (July 26 - August 11).

Since the handover with Tokyo this summer, the capital has entered the "home stretch for the organization of the Olympic and Paralympic Games" (JOP), welcomed Ms. Hidalgo on the first day of the city council.

The JOPs will be successful "if they make it possible to reinvent our city", underlined the presidential candidate who wanted "sober" Games, with 95% of the equipment already existing or temporary.

But for Nicolas Bonnet-Oulaldj (PCF), "the priority is the legacy for future generations, that is to say what we will have built between 2017 and 2024".

However, for the elected Communist, only one new swimming pool is planned in the capital by the end of the decade and the Parisian athletics stadiums are "unable to host interclub championships". We must "at least study the creation of 3 new swimming pools", he insisted, supported by Nathalie Maquoi (Génération.s).

The 300 million investments planned in the mandate for sports infrastructure, according to Mr. Bonnet-Oulaldj, would be "historical nonsense" compared to the 500 million of the previous mandate.

"How can you sell with so much confidence so little sustainable equipment to Parisians?", Samia Badat-Karam (LR) said. Rachida Dati, LR mayor of the XNUMXth arrondissement, castigated the Grand Palais Ephémère on the Champ-de-Mars, an "anti-ecological" project which "costs a fortune".

Temporary building opened in June as a place of exhibition before hosting the judo and wrestling events, the latter "is two-thirds financed" by the organizing committee of the Olympic Games (OCOG) "on private funds", the the last third being financed by the Meeting of National Museums - Grand Palais (RMN-GP), replied Tony Estanguet, president of Cojo invited for the debate.

"If we can go further in building new infrastructure, we will," replied Anne Hidalgo.

Located at Porte de La Chapelle, the Arena, a multi-sports hall for which Ms. Hidalgo and Mr. Estanguet symbolically laid the first stone in early October, is the only new equipment planned for the Olympics in Paris.

Pierre-Yves Bournazel (independent group, pro-Macron) recalled his proposal "to expand the availability of" school and municipal premises in the evenings and weekends "in order to strengthen the sporting practice of the greatest number".