JO-2024: a worker seriously injured on the site of the Olympic Village 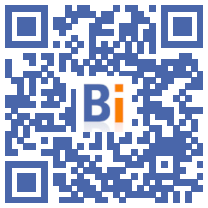 A worker was seriously injured on Monday January 24 in Seine-Saint-Denis in an accident that occurred on the site of the future village of the athletes of the Paris-2024 Olympic Games, reported Tuesday January 25 the Bobigny prosecution.

"The victim was injured in both legs and arm, his truck ran over him," the prosecution told AFP, without giving further details.

An investigation is currently underway to "determine whether liability is involved", he continued.

Straddling the cities of Saint-Ouen, Ile-Saint-Denis and Saint-Denis, the site of the future Olympic village is currently in full swing with a view to delivery in the first quarter of 2024.

This accident "is a tragedy for everyone", lamented Tuesday morning at a press conference Nicolas Ferrand, the general manager of Solideo (Olympic works delivery company), in charge of the permanent works of the Games.

In a press release, the CGT 93 considered for its part that "this event once again highlights the scandalous question of risks at work in the construction sector. Employees of construction sites and public works are in the grip of a level of dangerousness in the exercise of their profession which is inadmissible!"

In December, a delegation of several unions, French and international, met Solideo to denounce in particular the impossibility of visiting the sites.