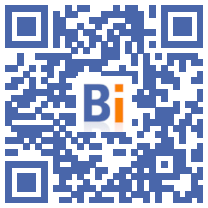 Prime Minister Jean Castex announced on Saturday in Vendée an additional envelope of 100 million euros for the timber industry, plagued by supply difficulties and which is struggling to meet growing demand in the construction sector.

"As part of the recovery plan, we are going to deploy an additional 100 million euros to supplement these various funds (from the timber industry) from this year 2021-2022", declared the head of government, during the visit of 'a sawmill, Piveteaubois, one of the French leaders in construction timber.

"We must boost" the sector, he argued, while 200 million euros were already planned as part of the recovery plan, including 150 for upstream, dedicated to reforestation, and 50 million for l downstream, in order to modernize the sector.

"We must pass the overdrive," he said to professionals in the sector gathered at Les Essarts en Bocage.

Meetings will be held "at the start of the school year": "everyone will be gathered under the aegis of the Ministry of Agriculture, Industry and Ecological Transition on forests and wood from the month of September", a indicated Mr. Castex, stressing that "it is necessary that the professionals organize themselves and take their responsibilities".

Agriculture Minister Julien Denormandie welcomed these "very important" additional resources. "This additional funding only makes sense if we manage to ensure that they are not partitioned between upstream and downstream," noted the Minister, present alongside Minister Delegate for Foreign Trade Franck Riester of the Secretary of State for Bérangère Abba Biodiversity.

Jean Castex also specified that the wood industry "will have its share" in the investment plan "to build the France of 2030" announced for the start of the school year by Emmanuel Macron on July 12.

With a world market in tension following the economic recovery and the decision of certain countries such as Russia to no longer export their wood, many French sawmills are lacking in raw materials.

The French government seized Friday the European Commission so that it takes "measures of safeguard under the commercial competence, in order to avoid the plundering of our forest resources", one explained to Matignon.

The Prime Minister said on Saturday "not to exclude provisional measures in the meantime" if the EU does not react "before January 1".

Earlier in the morning, Jean Castex had asked the National Forestry Office (ONF) to develop as much as possible supply contracts with French sawmills to "prevent" wood production from being sold at auction, s' exhibiting in the "action of traders" exporting outside Europe.

The wood industry, which represents 400.000 jobs in France, is a priority for the government and the construction industry to reduce CO2 emissions.

Piveteaubois signed a two-year contract in May with the concrete giant Bouygues, to supply up to 25.000 m2 per year of wood by 2025.