Jean Castex allocates 1 billion euros to the relaunch of construction 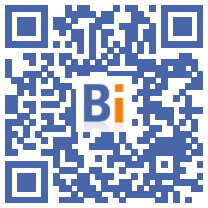 Jean Castex announced Monday that a billion euros would be allocated for sustainable housing and cities, in the form of a call for local projects or by supplementing the fund for the conversion of brownfields.

"We must at all costs start moving forward to promote construction: housing within everyone's reach, but also housing in a new framework which is that of ecological transition", urged the head of the government during a trip to Ile-de-France, first to Saint-Fargeau-Ponthierry (Seine-et-Marne), then to Issy-les-Moulineaux (Hauts-de-Seine).

The Prime Minister and the Minister of Housing, Emmanuelle Wargon, thus visited on Monday a site that had been fallow for 30 years and where 800 housing units are to be built in Saint-Fargeau-Ponthierry, in the great Paris suburbs.

In the background, it is also for the executive to revitalize the construction of housing, while the issuance of building permits does not take off again after the health crisis (less than 400.000 currently, 457.000 before the Covid according to Matignon).

Faced with multiple blockages, a commission chaired by the mayor (PS) of Dijon François Rebsamen will be set up, with the objective of formulating recommendations by September to encourage local authorities to build more.

Investing in the sustainable city

The government effort also consists of a redistribution of credits already disclosed elsewhere: thus, of the 20 billion euros of the 4th future investment program (PIA 4), 675 million will therefore be devoted to the theme of the city. sustainable, that is to say both "sober" from an energy point of view but also "inclusive" socially, according to Matignon.

A call for projects will therefore be launched next week, endowed with approximately 300 million euros and which should allow the creation of "local demonstrators", or even "urban laboratories" from which "we can learn lessons" and possibly replicate. in other territories, specifies Matignon.

Candidate communities could, for example, be inspired by an initiative carried out in La Rochelle, which aims to become the first French urban coastline to obtain a "zero carbon" balance. This involves the renovation of buildings with bio-based materials (wood, etc.) - such as the construction of a residence visited by Mr. Castex in Issy-les-Moulineaux on Monday - the encouragement of soft mobility, the promotion of 'renewable energy...

Several tens of millions of euros will also be directed towards new training offers, support for innovation, support for sectors or even research.

The FFB is delighted with the announcement made today by the Prime Minister, Jean CASTEX, of the installation of a commission to objectify the obstacles to construction and to formulate proposals to remove them. Chaired by François REBSAMEN, mayor of the City of Dijon and president of Dijon Métropole, the mission and the very tight schedule (submission of conclusions to the Prime Minister in September 2021) of this commission should lead to very operational recommendations.

Indeed, since the last quarter of 2020, the FFB has not ceased to alert the public authorities to the deterioration of the situation in new construction, very little present in “France relaunch”.

The National Pact for the revival of sustainable construction signed on November 9, 2020 was undoubtedly a first awareness by the public authorities. Its consequences are still very limited for the time being and it was essential to go faster and harder to avoid a crisis of unknown magnitude since the post-World War II era.

For Olivier SALLERON, President of the FFB, “The Rebsamen commission comes at the right time to react quickly and strongly, in order to avoid quickly falling into a serious housing crisis. The FFB stands ready to defend, within this committee, the proposals it has already addressed to the government, in particular those relating to declarative permits, support for first-time buyers or the extension of the Breton experiment in Pinel material. ".