JCDecaux pushes the boundaries of urban scenography for Cartier 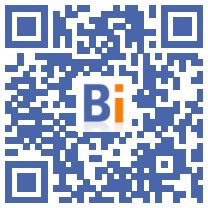 On the occasion of the renovation of its historic boutique at 13 rue de la Paix, Maison Cartier called on JCDecaux Artvertising, a major player in urban scenography, to create a unique covering intended to hide the site while offering pedestrians of Paris, an ephemeral experience full of poetry.

More than a century after its opening in 1899 by Louis Cartier himself, the iconic building at 13, Rue de la Paix is ​​writing a new page in its history. Located in the heart of the haute joaillerie district, the Mansion, housing the Maison's oldest boutique, is entering a large-scale renovation program. Eager to make the duration of the site an opportunity to address differently both its customers and the many passers-by on the Rue de la Paix, Cartier asked JCDecaux to design a staging that marks the spirits and arouses the 'emotion. For nearly a year, no less than 100 people imagined and then produced, on site and in the workshop, this device consisting in particular of a palisade entirely covered with wooden frames painted in black, a space of walk over 25m high and three animated and illuminated windows.

Alongside the JCDecaux team dedicated to event dressing, a large number of trades and know-how, architects, artists, scenographers, engineers, mountaineers, model makers, sculptors, art ironworkers, painters or even electricians - have contributed to the building.

Deeply attached to its history, Cartier wanted all the facings to faithfully reproduce the details of the facade of the building. On a proposal from JCDecaux, the House has opted for exceptional decorations including a monumental gilded claustra bearing the Cartier monogram in the spirit of a moucharabieh, or even an immersive covered passage leading passers-by into the magical universe of the brand to the panther.

This achievement is also a technical feat. In less than 10 days, JCDecaux and the subcontractors designed and installed:

At the end of the work, the decorations will be part of a highly demanding sustainable development process, via reconditioning or 100% recycling.

Isabelle Schlumberger, General Director of Commerce, Marketing and Development France, Belgium, Luxembourg and Israel of JCDecaux, declared: “We are very proud of this partnership with Cartier and of the tremendous work of our teams. By pushing the limits of urban scenography on the legendary flagship of the world's largest House of fine jewelry, JCDecaux demonstrates its multidisciplinary know-how and its unique ability to embellish the city by supporting brands and enhancing their image on occasion. of their renovation projects. "