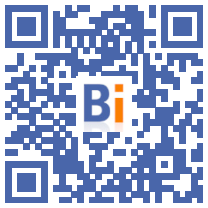 Under the cranes and scaffolding of the construction site of the Coeur de Ville district, in Issy-les-Moulineaux, a network of pipes and machines promises an alternative to air conditioning, which is very polluting, thanks to geothermal energy.

Installed in the basements, the system, designed and produced by Engie Solutions, will use water at 15 ° C, drawn 35 meters underground, to produce cold, but also heat in winter, thanks to machines called "thermofrigopumps".

Another network using geothermal energy must be installed in Saint-Denis, to cool the Olympic village in 2024.

In a context of global warming and the aging of the population, "we are not talking about a need for cold comfort, but a need for sanitary refrigeration", supports Aurélie Lehericy, deputy general manager of Engie Solutions Villes & Communities.

Each year, heat islands form in cities: the temperature increases locally because of pollution, and also from the heat released by air conditioning systems.

The cooling network would limit the formation of these islands, avoiding the use of individual air conditioning on the 105.000 square meters of buildings in the heart of the city.

In total, the district's heating and cooling network will use a little over 70% of renewable energy. For the rest, electricity will be needed to run most of the machines, and gas boilers will be installed as back-up for very cold periods.

Like conventional air conditioners, the installation also uses refrigerants. In gaseous form, these fluids are powerful greenhouse gases and can escape during construction, maintenance, or due to leaks. They are the biggest contributors to air conditioner pollution.

"With this system, we use 90% less refrigerants compared to conventional air conditioning, which amounts to halving CO2 emissions," says Ms. Lehericy.

These fluids are used in particular in small balls which constitute the main innovation of the site: placed in a large 130 m3 tank, they are used to store cold (like reusable ice cubes), in particular at night, in order to meet the needs of strong demands for freshness during the summer.

For this new district of Issy-les-Moulineaux, the heating and cooling network cost 8 million euros. 25% of this sum was supported by the real estate developer Altarea, and the Ecological Transition Agency (Ademe) contributed 532.000 euros.

In the town, where geothermal energy is already used in the Fort district, the UDI mayor André Santini praises the merits of the installation for the inhabitants: "People are very surprised to see their bills drop", he assures. .

Indeed, the use of geothermal energy makes it possible to limit the impact of fluctuations in the price of fossil fuels and electricity on the cost of heating and air conditioning.

For the future inhabitants of the district, who should arrive in the summer of 2022, Engie has estimated the cost of heating and air conditioning at 700 euros per year for a 65 square meter apartment.

In France, shared cooling networks represent only 7% of cooling production: they do not all use the same operation, but try to present a greener alternative to individual air conditioning.

Between 2016 and 2020, the use of air conditioning increased by 11% according to Ademe, which considers "imperative to control this development to limit the impact as much as possible".