Investor appetite for renewables 'stronger than ever' despite headwinds 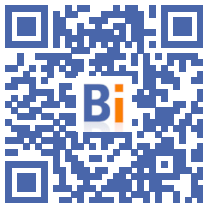 Renewable energy investment grew to new records in the first half amid the ongoing market crisis, and despite cost inflation and supply challenges, according to a BloombergNEF (BNEF) report released Tuesday August 2.

These investments totaled 226 billion dollars over the first six months of the year, up 11% over one year, according to this report.

However, both sectors have recently suffered from rising costs of critical materials such as steel, supply chain disruptions and increased financing costs.

"And yet the figures released today show that investor appetite is stronger than ever, in part due to very high energy prices in many markets around the world," BNEF said.

"Political leaders are increasingly recognizing that renewable energy is the key to achieving energy security goals and reducing dependence on volatile raw materials," said Albert Cheung, head of analysis at BNEF, referring to the surge in prices. oil and gas.

"The demand for clean energy sources has never been higher and we expect the global energy crisis to continue to accelerate the energy transition," he said.