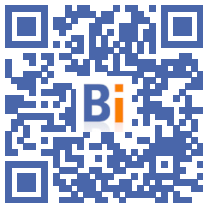 The national financial prosecutor's office has opened a preliminary investigation for "concealment of an offense against the equality of candidates in the markets" in the award of the public contract for the wind farm in the bay of Saint-Brieuc to a subsidiary of Iberdrola, said a source close to the case, confirming information from Mediapart.

The PNF was seized at the end of August by the Côtes-d'Armor Fisheries Committee, which denounced a concealment of favoritism in the award in 2012 of this public contract to Ailes Marines, a subsidiary of the Spanish company Iberdrola.

This wind farm project arouses strong hostility from fishermen, who are particularly worried about its impact on the marine environment and on their activity.

Contacted by AFP, the company Ailes Marines declined to comment.

"As soon as a serious criminal risk weighs on the operator, the cards can be reshuffled", for their part reacted to AFP Me William Bourdon and Me Vincent Brengarth, lawyers of the Côtes-d 'Fisheries Committee Armor.

"An effective dialogue is always possible and desirable with responsible and legitimate fishermen in their demands," they added.

When they had made their report to the PNF, the two lawyers recalled in a press release that in April 2012, the company Ailes Marines had been chosen by the ministers of Ecology and Industry for the construction of this park. while the competitor "Eolien maritime France" had been appointed by the Energy Regulatory Commission (CRE).

However, this choice has since been deemed "irregular" by the Council of State, "in two decisions of July 2019 (...) because the executive had taken into account conditions which had not been included in the specifications. charges, to favor Ailes Marines rather than the competing company, "the lawyers observed.

The fishermen also lodged a complaint at the end of August with the Brest prosecutor's office against "the entire project", in particular for "discharge of a polluting substance" and "undermining the conservation of non-domestic animal species".

On September 24, Mes Bourdon and Brengarth also announced that they had filed two appeals before the administrative court of Rennes to suspend and then cancel a decree authorizing work on the wind farm.

The recourse for excess of power and the summary suspension "respectively request the suspension and then the cancellation of the order of the maritime prefect of the Atlantic authorizing the ship Aeolus to go to the site of the marine wind farm in the bay of Saint- Brieuc ", they explained.

Owned by the Dutch company Van Oord, the drilling vessel Aeolus was responsible for two hydraulic fluid leaks on June 14 and July 28. Fluids "easily biodegradable" with "a low impact on the environment", according to Ailes Marines.

But in the defense of the Departmental Fisheries Committee, "the urgency, a necessary condition in terms of summary suspension, is all the more characterized as the scallop fishing season begins on Monday, October 4".

The hearing date for the summary suspension has been set for October 7.

The wind farm of the bay of Saint-Brieuc must be erected 16,3 kilometers from the coast. With a total capacity of 496 MW, with 62 wind turbines, it is supposed to produce 1.820 GWh per year, the equivalent of the annual electricity consumption of 835.000 inhabitants, according to Ailes Marines.

Its commissioning is scheduled for the end of 2023 but the site is delayed due to technical incidents and difficulties related to the nature of the soil.