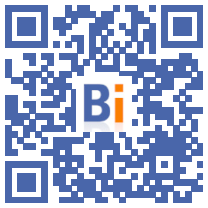 For the first anniversary of the new energy performance diagnosis, the implementation of which was somewhat chaotic, Heero, the FinTech for energy renovation which releases data from the territories, draws up an inventory of the housing stock in France, by establishing the ranking of the most energy-intensive and most economical regions.

State of the housing stock in France: an environmental and economic issue for owners

To date in France, 16,8% of housing is energy sieves (F and G), in other words housing to be renovated as a priority to minimize waste and energy poverty.

According to Pierre Leroy, co-founder of Heero, “The impact of the state of the housing stock is twofold… The first is of course environmental, with the question of how to reduce greenhouse gas emissions and achieve carbon neutrality by 2050. Remember that 16,8% old dwellings consume more than 331 kWhEP/m² per year. The other consequence is of course economic: by 2034, 15 million homes will be unsuitable for rental in France, due to the latest measures relating to the Climate Law, the first of which come into force this summer”. Indeed, from August 2022, the rents of housing F and G can no longer be increased and from 2023 some housing G can no longer be rented. But with the implementation of the energy audit in September 2022, most energy-intensive homes could suffer a price discount due to the increase in energy expenditure they generate for buyers.

In France, according to the Ministry of Ecological Transition, 16,8% of new and old housing combined are energy sieves (18,4% of houses and 14,7% of apartments), i.e. 4,8 million housing units. On the other hand, only 6,6% of goods are economical (A and B), that is to say respectful of the environment and inexpensive to use, but these are generally new goods, with of course strong regional disparities.

Strong regional disparities linked to the climate, the state of the stock, the typology of housing and the dynamism of the real estate market

7 out of 13 regions show a proportion of colanders greater than 10% of the housing stock. Bourgogne-Franche-Comté, Centre-Val de Loire and Normandy currently have the most consumer stock with respectively 16,6%, 15,7% and 14,8% of colanders (housing rated F and G in the park set). 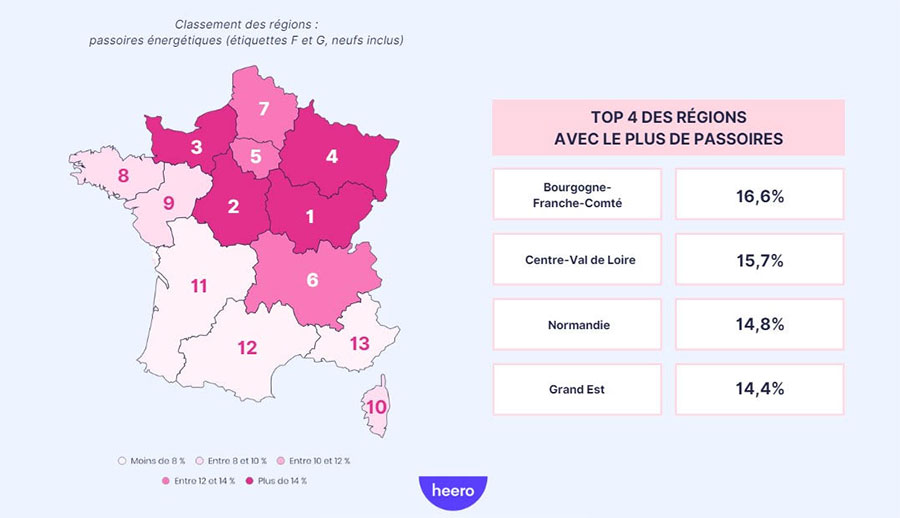 Overall, the northern and eastern regions of France have higher energy needs due to their more difficult winter climate but also due to a strong contrast in temperature between hot, dry summers and cold winters. and humid... As a result, low-cost housing (rated A or B across the entire stock, including new ones), is in a lower proportion: between 13 and 17% only.

Ile-de-France is an exception with nearly 24% of economical housing, the best score with Occitanie, in particular in connection with the largest share of new housing in the DPEs carried out - respectively 21% and 25 % - but also with a greater share of apartments whose energy consumption is often lower than houses. 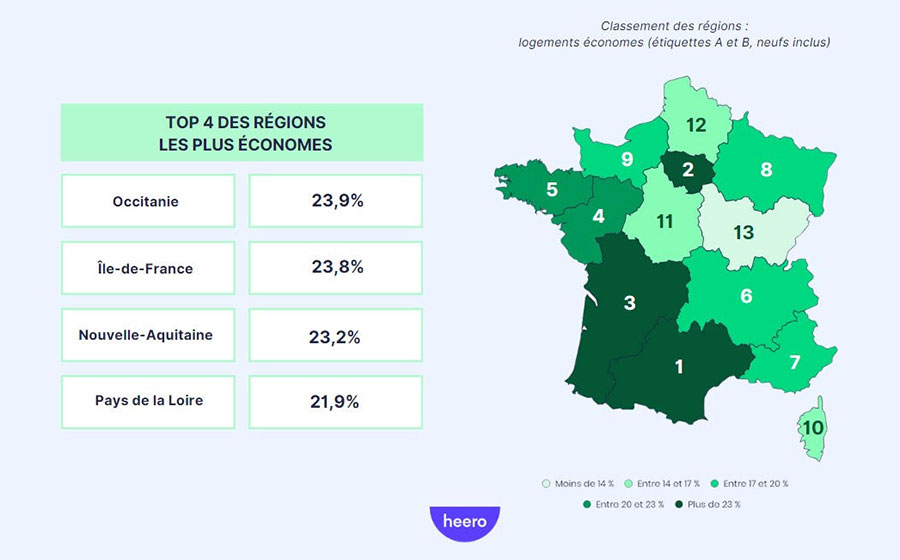 It is in the south of France, in the PACA, Occitanie and Nouvelle-Aquitaine regions that there are currently the fewest energy strainers: respectively 6,8%, 7,3% and 7,6%. They are also those with the most economical housing (between 18 and 24%). These results are logical given the attractiveness of the Atlantic coast and the Mediterranean, which have the highest migration balances in France, with a dynamic real estate and construction market (20% of DPEs are made in new buildings in New Aquitaine for example). In addition, these regions enjoy a more favorable climate and also have many second homes acquired by high-income households who have more means to maintain and renovate their homes.

“Even if the southern regions have good scores, these are based on the analysis of the Energy Performance Diagnostics recorded between 2014 and 2021, i.e. before the DPE reform. From now on, new indicators on summer comfort and ventilation are taken into account in the energy efficiency of a home. Even if we still lack hindsight, the southern territories are likely to be more impacted” analyzes Romain Villain, marketing and research director at Heero.

The typology of housing is also important: the share of energy-intensive housing (rated E, F or G, new included) in the housing stock ranges from 26 to 47% depending on the region, compared to 23 to 38% for apartments. It is in the Bourgogne-Franche-Comté, Centre-Val de Loire and Grand Est regions that houses are the most energy-intensive with rates between 46 and 47%, in relation to the climate but also to the age of the stock (only 13% of Dpe in new buildings in Bourgogne-Franche-Comté).

It should be noted that the share of houses is very high in this region: 65% of the stock in Burgundy and even 72% in Centre-Val de Loire with a lot of agricultural land and habitats linked to the activity (farmhouses, houses , cottages).

However, if Brittany, the Pays de la Loire and New Aquitaine have more than 70% of houses, only a third of them are energy-intensive, in particular because of the large proportion of second homes in these regions but also a greater dynamism in real estate and construction. 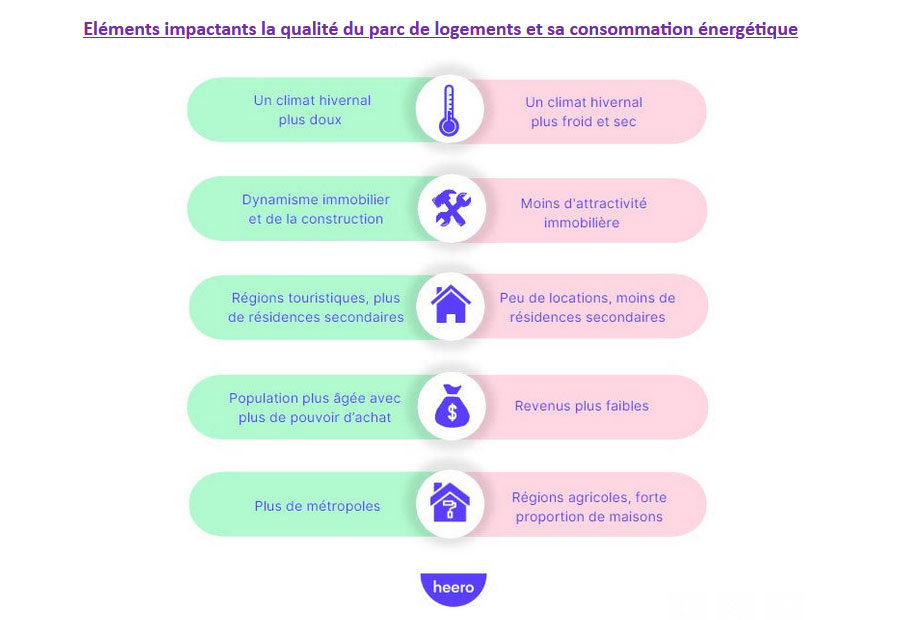 “We can see it: the overall share of energy sieves by region is generally offset by the dynamics of new programs. If we remove this variable from the equation, the observation differs: all the regions of France are really concerned (especially around mountainous areas), except along the coastlines. Energy renovation must be a priority throughout the territory” analyzes Pierre Leroy. "That's why we created Heero: to enable French people to enhance their furniture heritage, to make real savings on their energy bills and to gain in comfort by providing them with solutions to facilitate their procedures: an estimate of aid and bonuses in 3 minutes, a single point of entry for obtaining energy saving certificates and MaPrimeRénov', and support for the financing of the remainder to be paid »

But assets for renovating and an effort by the regions to support renovation, especially in the most energy-intensive

Since January 1, 2022, a new public service for energy renovation in France has been launched: France Rénov. One objective: to bring together the actors of energy renovation under a single banner, to make them visible. There are more than 300 France Rénov spaces to date in metropolitan France, distributed fairly evenly between the regions.

It is in the New Aquitaine and Grand-Est regions that we find the most France Rénov spaces with 45 and 42 spaces respectively, followed by the Hauts-de-France region, the latter with the Grand-Est being part of the 3 regions in which renovation needs are the highest. Then come Brittany, Pays de la Loire and Ile-de-France, with nearly thirty France Rénov spaces in total. If Corsica is at the bottom of the ranking, with only 5 spaces on the island, compared to the number of accommodations, it is the region that ultimately has the most, followed by Brittany and the Grand-Est.

“Even if since the beginning of 2022, the government has shown a deep desire for standardization, the multiplicity of aid systems can represent a brake on these energy renovations. Especially since some regions have also set up aid platforms for energy renovation, in the regions of northern France, supplemented by the allocation of local financial aid, such as Effilogis in Burgundy- Franche-Comté, AREL in Hauts-de-France or the Eco Energy Normandy platform, in the region of the same name. Beautiful initiatives but that individuals do not necessarily know. This is one of Heero's missions: to help them better understand these aids and to facilitate the process of accessing them! » analyzes Romain Villain.

Heero's objective is to provide French people with this knowledge of local and regional systems to help them, enlighten them and thus encourage them to take action. All territory data will be available on the Heero website https://heero.fr/ in free access as well as detailed on pages dedicated to each region in the coming weeks, thanks to the work of a reinforced team of specialists in the date.