Infographic of electricity consumption: in which French cities do people consume the most? 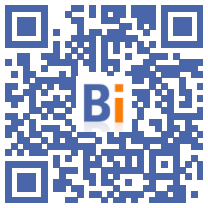 Electricity represents 25% of energy consumption in France. It amounts to 2.223kWh per person per year. Based on data published by the ORE agency (Energy Network Operators), Enedis and Insee on the French population, it is possible to establish an infographic of electricity in France to understand why we consume more in certain regions.

Electricity consumption per capita and per city in France

This disparity can be linked to an electrification of uses which varies from one city and/or region to another, as well as to investments in more or less high insulation solutions (thanks to the MaPrimeRenov' system ).

Concerning the electrification of uses, certain towns still have significant use of fuel oil and gas, which reduces their electricity consumption per inhabitant.

The government's actions in terms of equipment renewal are encouraging people to turn to more and more electric equipment. We must therefore plan for a greater share of electricity in our energy consumption in the years to come compared to fossil fuels (fuel oil, gas, coal, etc.). This observation obliges us to anticipate an increase in consumption and therefore in the production of electricity that we will need. 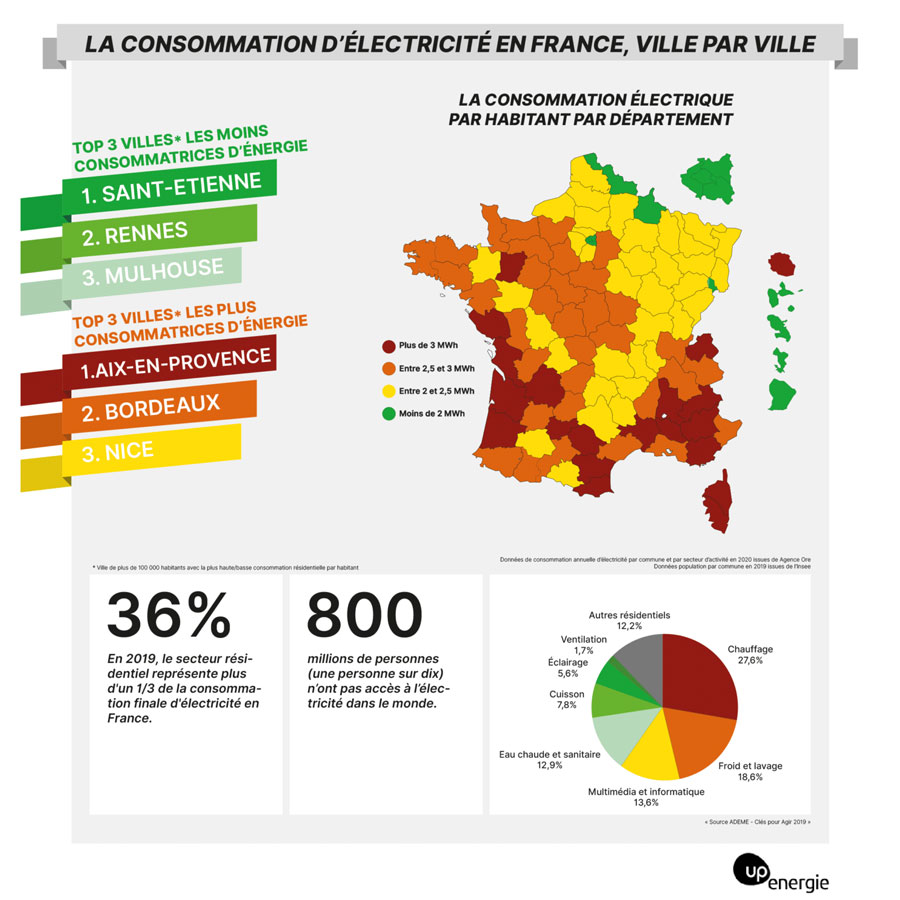 The top three cities that consume the most?

The three cities that consume the most in France are Aix-en-Provence, Bordeaux and Nice. Located in regions with mild winters, this result is surprising. We consume more in winter when temperatures are at their lowest. But that's not counting the hot summers. When temperatures rise too much, individuals switch on air conditioning or ventilation.

However, studies show that 1°C more leads to an increase in consumption of 500MW. Thus during summer peaks, consumption amounts to 12.3kWh per inhabitant, i.e. twice as much as in Île-de-France in the same season.

Conversely, the towns where the least electricity is consumed are Saint-Étienne (-7°C in winter), Rennes (very humid town) and Mulhouse (semi-continental climate with frequent snowfall). This ranking is confirmed on the scale of France if we compare the electricity consumption per inhabitant in several French cities:

Several hypotheses can explain these differences in consumption. If the coldest regions are not the biggest consumers of electricity, it is perhaps because in the North, individuals still use their old domestic oil boilers.

On the other hand, if the regions of Centre-Val de Loire and Normandy consumed the largest quantity of electricity in 2021, it is because they are also the most equipped with electric boilers.

Demography would also play a role. In Occitania, for example, the population increased by 10.3% between 2006 and 2009 according to INSEE, which would justify a 9.5% increase in consumption over the same period.

The RTE (Electricity transmission network) also estimates that a drop of 1°C leads to a 3,2% increase in consumption over the winter period. In concrete terms, this corresponds to an additional consumption of 24MW, i.e. the total consumption of intramural Paris. 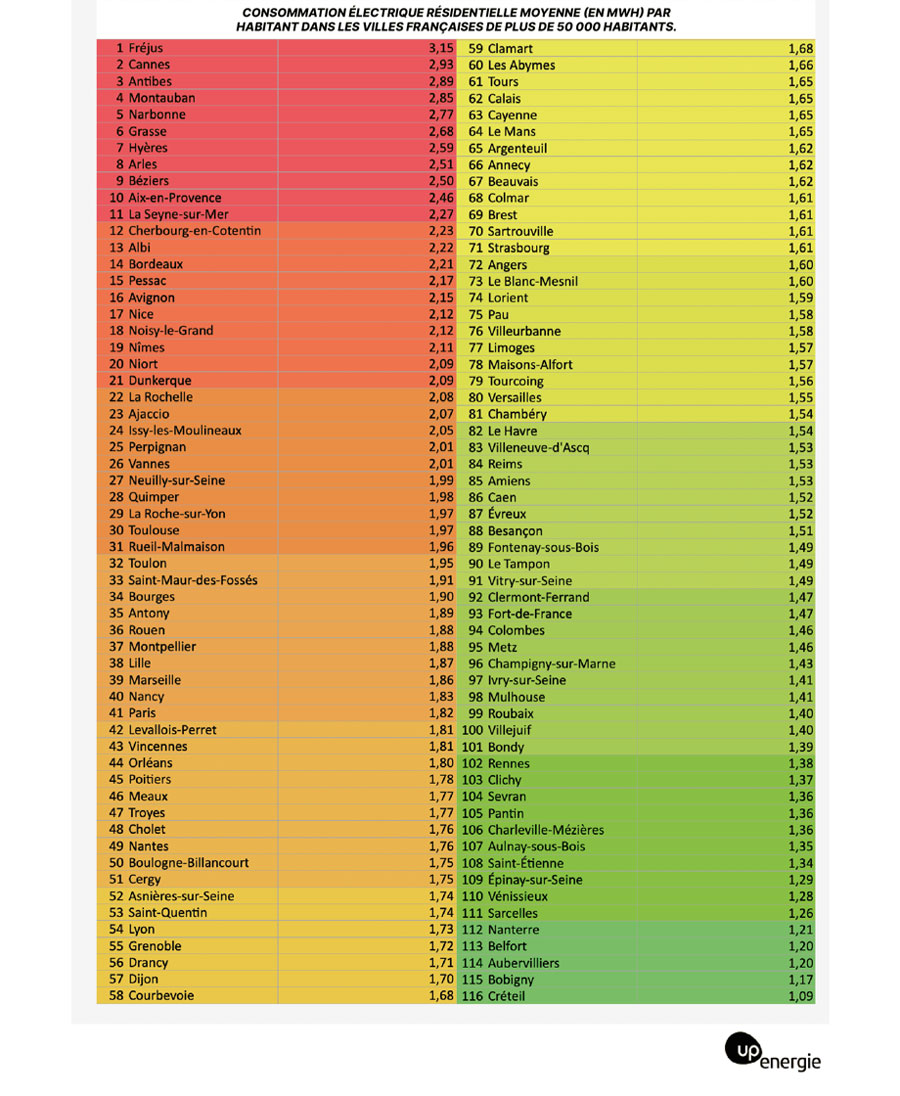 Sensitivity to variations in the thermometer

It is in the Hauts-de-France that we are more sensitive to variations in the thermometer if we are to believe the figures. In 2021, consumption there increased by 7,3% over the year. At the same time, it only increased by 5,6% in the PACA region.

The consumption gap between the north and the south of France very certainly also depends on the quality of the insulation of the dwellings. A less insulated home suffers more from heat loss, so you have to heat more to compensate for this loss. Moreover, in towns where the number of low-energy buildings (BBC) built according to RT 2012 is significant, energy bills are much lower.

The type of accommodation matters more than the number of people

The data provided by the Energy Regulatory Commission served as the basis for calculating the average electricity consumption per person and per year in the residential sector in France. For the third quarter of 2020, it amounts to 2240kW, i.e. an average of 6kW per day.

The study also shows that an additional person in a dwelling only generates 5 to 10% additional consumption. On the other hand, one room increases power consumption by 20%. This means that consumption per person is not a sufficient criterion.

Indeed, more than the number of occupants in a dwelling, it is its size that explains the electricity consumption (number of rooms to be lit and heated), the number of equipment installed (household appliances, electronics, etc.) and the quality equipment (A+++ label).

Electricity consumption is also to be weighted according to whether the accommodation is all-electric (with water heater and heating) or partially electric (only lighting, household appliances, electronics). Consumption thus depends on usage.

With regard to heating, consumption depends on a certain number of parameters: the surface to be heated, thermal insulation and heating habits (some are more cautious than others and need to raise the temperature).

Examples of average consumption according to the type of installation, surface area and number of people:

According to ADEME, heating accounts for 60% of electricity consumption in France. Statistics from the Ministry of Sustainable Development illustrate these figures since 10 million homes were still heated with electricity in 2018.

The performance of equipment therefore plays an important role in electricity consumption. Convectors, radiators, an electric boiler do not consume the same amount of energy. An inertia radiator, for example, consumes much less energy than a basic convector. Housing equipped with a heat pump or photovoltaic panels lowers the energy bill by up to 80%.