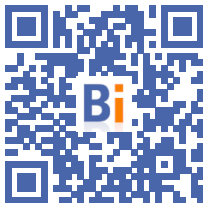 Cement, aluminium, steel, fertilizers, sugar or fuels: in the middle of a world climate conference in Egypt, the leaders of the fifty French industrial sites with the highest CO2 emissions are invited to the Elysée on Tuesday, November 8 to examine the means of continuing to produce in France, without warming the planet.

These are the steel sites of Arcelor Mittal in Dunkirk or Fos sur Mer, the cement works of Vicat, Lafarge or Calcia, chemical plants in the Grand Est, the Berre pond or Normandy, the fertilizer manufacturers Yara or Borealis , the Arcques glassworks, the ExxonMobil and TotalEnergies refineries in Normandy, Air Liquide in the PACA region, or the sugar production sites of Tereos and Cristal Union in the North of France. They represent 30.000 jobs.

Just back from COP27 in Sharm el-Sheikh, Emmanuel Macron is meeting their leaders at 15:00 p.m. with the intention of accelerating the fight against climate change, after a first five-year term deemed too timid in the matter by his detractors.

Their common point is to emit considerable quantities of C02 in the atmosphere, either because they burn gas to heat their installations, or because they extract certain chemical elements (hydrogen for example) from methane and reject CO2.

In France, industry (excluding transport and energy production) represents "about 20% of our greenhouse gas emissions", it is said at the Elysée, which has included the decarbonization of industry in the ecological planning objectives of Emmanuel Macron's second five-year term.

"The goal is to lower emissions without lowering production," says one at the presidential palace. And even "accelerate" the reduction in emissions (...) to be carbon neutral in 2050, added the Minister of Industry Roland Lescure on Tuesday on France Inter.

This means in many cases: changing the source of energy by abandoning fossil fuels (oil or gas) to turn to electricity that does not emit CO2, either green (wind or solar), or nuclear, or even carbon-free hydrogen, produced from carbon-free electricity. And in other cases, to capture and sequester the CO2 emitted or to reuse it in the industrial process.

This presupposes massive investments likely to increase production costs and weaken the competitiveness of the companies concerned in the face of international competitors less in a hurry to decarbonize.

After decades of factory relocations and a timid start to the reindustrialization of France since 2020, the Elysée Palace is thus concerned to see investors turn to other continents and in particular to the United States where a plan of enticing green investment (Inflation reduction Act) was launched by the Biden administration.

“The whole key is to ensure that decarbonization does not turn into massive relocation,” we admit at the Elysée.

"It will cost a lot of money" admitted Roland Lescure. "But if we don't do it in France", the decarbonization of the five blast furnaces that ArcelorMittal has in France, "will be done elsewhere" he warned.

ArcelorMittal alone represents 25% of the emissions of industrialists present at the Elysée, and 4% of French emissions, according to Mr. Lescure. "I want the blast furnaces to be carbon-free in France rather than going to get our steel elsewhere," he added.

"The key will be the amount of public aid that will be granted" to help industrialists, summarizes Vincent Charlet, economist at the Fabrique de l'Industrie.

"Without public aid, entire sectors risk disappearing" in France and in Europe, he adds, citing the base metals sector, the most exposed, which "does not have enough profit margin to support the cost of its decarbonization" but also those of "chemicals, paper-cardboard, cement or glass, as well as air transport".

"The fact that the Elysée is organizing such a meeting when the subject has been worked on for a long time between the sectors and the central administrations is very good news", he adds to AFP, "and if public co-financing could be announced on this occasion, it would be a very good signal".