Accidents at work: for Dussopt, "600 deaths per year is not acceptable" 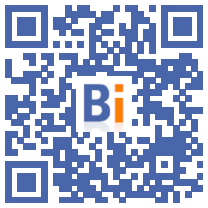 Labor Minister Olivier Dussopt told AFP on Tuesday that he wanted to reduce "significantly and sustainably" the number of fatal work accidents, which since 2010 has remained above "a glass floor" of 600 deaths per year.

"600 deaths per year is not acceptable. We must spread a culture of prevention from initial training, during continuing education and among business leaders", he declared after the meeting. a progress report with the social partners "of the serious and fatal work accident prevention plan" launched in March 2022.

In 2021, according to Health Insurance, there were 645 deaths recognized as work accidents, including 361 illnesses, 88 road accidents (excluding commuting accidents), 38 suicides and 158 others (falls from height , use of machines, etc.).

The plan targets the most vulnerable employees (young and new hires, temporary, self-employed or seconded workers), particularly during their initial training for young people or when taking up their position.

For example, a memo is given to young people in vocational training before they go to work, communication is reinforced with regard to the management of vocational high schools, apprentice training centers, etc.

According to Medicare, nearly 15% of serious and fatal accidents occur during the first three months after hiring.

Other targeted campaigns are organized, particularly in the construction industry.

"We must not cast shame on a sector, because the accident-prone branches are often those which make the most effort, such as the construction industry", underlined Mr. Dussopt.

"But we can still progress. We must act on all the levers: prevention, material equipment, fragile public, control", estimates the minister who asked to be informed of each fatal accident within 48 hours.

Since the beginning of 2022, 5.300 work stoppage decisions have been ordered by the labor inspectorate due to a risk for the employee, "which shows the scale of the challenges before us", he said. .

According to Pascal Jacquetin, of the Health Insurance, accidents at work which cause permanent disability or death have fallen from 10 to 5% since the 50s due to "the tertiarisation of the economy and the safety measures taken in construction and metallurgy".

"But they represent between 55 and 60% of the cost of accidents for the general system", he underlined.