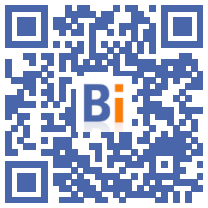 The Indonesian parliament voted on Tuesday January 18 a law approving the transfer of the capital of Jakarta, on the densely populated island of Java, to Borneo, an island which is home to one of the largest tropical forests in the world.

The new political capital of the Southeast Asian archipelago, called "Nusantara", is to be built some 2.000 kilometers from the current capital, which should remain the economic capital.

Indonesia's lower house of parliament has approved the legislative framework for the project which was announced by President Joko Widodo in 2019.

The new capital will occupy more than 56.000 hectares in the province of East Kalimantan, on the island of Borneo, shared between Indonesia, Malaysia and Brunei.

In total, more than 256.000 hectares have been set aside for project expansion.

The first models of the new capital show a utopian smart city project built among the trees, but few details have been confirmed at this stage.

The construction of the project, which was to start in 2020, has been slowed down by the pandemic. It should be spread over several stages until 2045.

President Joko Widodo said on Monday that in the new "zero emission" capital, "people will be close to any destination, and can get there by bike or on foot".

“This capital will have government offices” but will also be “a new smart metropolis that can attract international talent and will be a center for innovation”.

"Nusantara", which means "archipelago" in Indonesian, was chosen from a list of 80 names because it is easily recognizable by citizens and easy to remember, Development Minister Suharso Monoarfa explained on Monday January 17.

The future capital will be governed by the Government Authority for the Capital, a new entity headed by an official appointed by the president for a five-year term, according to the law passed by parliament.

A future presidential decree will detail the project's budget, previously estimated at some $33 billion.

In Asia, Malaysia also moved its administrative capital to Putrajaya in 2003 while Burma established a new capital in 2006 to Naypyidaw.