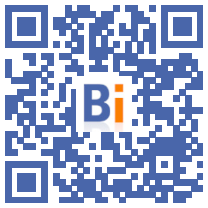 The Transport Regulatory Authority (ART) maintained its refusal to approve a request for an increase in the tariffs of Lyon airports, still judging it excessive, but accepted that, revised downwards, for the airport of Lyon. Marseilles.

ART, in charge of regulating rail, road and airport activities, "refuses the approval of the rates of airport charges applicable to the aerodromes of Lyon-Bron and Lyon-Saint-Exupéry for the tariff period from April 1, 2021 to March 31 2022 ", she explained in a statement.

The request was for a uniform increase of 4,9%, "which could not be considered moderate".

"Therefore, the airport charges and their modulations currently in force will remain applicable from April 1, 2021 on these aerodromes," added the authority.

In December, the ART had already rejected a first request from the manager of Lyon airports, which then concerned a 9% increase in prices.

At the time, the organization had also vetoed the request for approval from the manager of the Marseille-Provence airport, for tariffs up 8,2%.

This request was revised downwards to 3,1%, and this time the ART decided to approve it, noting that it was an "average differentiated increase in tariffs (...) based in particular on a sharing of risks and opportunities between the operator and the airlines concerning the rate of filling of aircraft ".

Airport charges, claimed by airports from airlines and reviewed each year, correspond to the use of airport infrastructure and equipment necessary for landing, take-off and taxiing.

Each year these proposals give rise to a standoff between airports and airlines.