Inauguration of a new giant solar park in Gien in the Loiret, but France still far from the mark 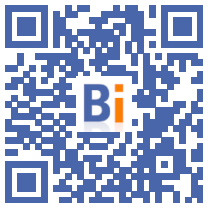 One hundred and twenty-six thousand photovoltaic panels between forest, wheat and artificial ponds. TotalEnergies has just cut the ribbon in Gien for its largest solar park in France, where inaugurations are multiplying but are still far from allowing the country to catch up in this energy.

Last year saw a record level of construction of solar sites in France.

In Gien, the 75 ha park with a capacity of 55 megawatts (MW) can supply approximately 40.000 people with electricity. With it, the oil and gas group TotalEnergies, which wants to diversify, now reaches a total of 1 gigawatt (GW) of solar or wind capacity in France. It is aiming for 4 GW in 2025.

"It's only the beginning and TotalEnergies has every intention of being a major player in this energy transformation", declared Stéphane Michel, Director of Gas, Renewables and Electricity for the group, inaugurating the premises on Friday under a occasional sun.

But France is currently not the most welcoming country for renewables. At 13 GW of capacity, it should miss its target for 2023 (20 GW), while President Emmanuel Macron now wants to push to 100 GW in 2050.

For Stéphane Michel, in France, "the big subject is access to land". To find areas to set up, the group has signed an agreement with the agricultural federation FNSEA, and is carrying out pilot projects in agrivoltaism to combine agricultural production and energy.

In Gien, it was the owner of the land who came to see the energy company.

Michel Beaumont did not know what to do with this agricultural space, according to him not very fertile, in which he had invested to try to establish an animal park.

Photovoltaics, "it's the best project we could do, because we need it," says this public works contractor, who signed a 20-year lease for an unspecified amount.

The project has not been appealed. But the process lasted eight years, between instruction, environmental studies, archaeological excavations which ultimately reduced the surface, development of ponds and hedges...

To involve local residents, part of the project (38 million euros of investment in total), was also the subject of crowdfunding of 2,2 million euros, subscribed by 200 inhabitants.

The mayor (DVD) of Gien, Francis Cammal, welcomes a project combining "nature and technology": "the sad news (in Ukraine) makes an obvious necessity more crucial. We must increase the share of renewable energies and succeed together the country's energy transition".

He also welcomes the tax benefits - several tens of thousands of euros, he told AFP - and the "concern for consultation". "You have to be informed, because we are wondering, for example, about the durability of the panels."

In France, TotalEnergies displays a certain modesty in its solar or wind ambitions.

“In Gien, we have found a balance between cost and acceptability. We are not necessarily convinced that larger power plants can make sense, if a project is to take 15 years and is not guaranteed to succeed. there is no race for height for height".

The situation is different in the United States, India, Chile, Spain, or Qatar where "we put 800 MW into production in the middle of the desert, and that's not a problem".

According to him, the multinational now devotes 25% of its annual investments to renewables and electricity, in organic growth or by acquiring companies.

The group is also beginning to internalize certain functions, research and development, calculation and modelling, etc., says the head of the group.

TotalEnergies currently makes about 5% of its sales in renewables and electricity (including gas), the rest coming from its traditional activities.