Inauguration of the first building in France with a "depolluting" facade 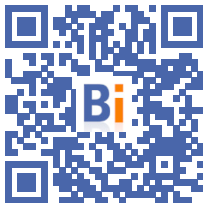 A facade of a "depolluting" housing building, presented as the first in France and capable of absorbing the equivalent of the CO2 emissions of 20 cars per year, was inaugurated a few days ago in Saint-Louis (Haut -Rhine).

The coating of the residence of 51 apartments of the regional promoter Trianon is designed to naturally break down polluting particles and thus prevent their attachment to the facade, explained the promoter and the DLRW firm, architect of the project.

The brick with which the building is adorned incorporates a cement developed by the manufacturer Ciments Calcia which applies photocatalysis, that is to say the fact of using light to accelerate the phenomenon of oxidation able to transform into "harmless compounds", non-polluting, organic and inorganic substances, exposed Damien Cordier, architect and director of DRLW.

Thus endowed with "depolluting, self-cleaning and bactericidal properties", this facade is the first of its kind "for housing in France, according to our research" underlined Mr. Cordier, specifying that such processes had already been implemented on tertiary buildings.

This innovation represented an additional cost of 100.000 euros on the 6,5 million euros in the amount of the work, said Cédric Simonin, CEO of Trianon Résidences.

The C02 absorbed by the Saint-Louis building is equivalent to that of "50 trees planted", compared Simonin.

If this "working" prototype becomes widespread, it will be able to make a significant contribution to "the goal of building greener cities", he commented during the inauguration ceremony.