In western Ukraine, museums on the defensive 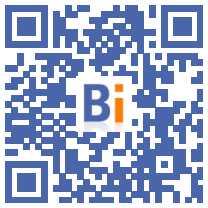 To enter the Potocki Palace, one of the architectural gems of western Ukraine, you have to show your credentials, pass between armed soldiers, sneak under scaffolding. All this to discover bare picture rails.

In Lviv, even if life has almost returned to normal since the Russian forces left the kyiv region and are concentrating their offensive on the south and east of the country, the museums barely open their doors, convinced that the enemy is ready to plunder Ukrainian cultural heritage.

“We would like to reopen a little, but it is complicated in terms of security”, explains Vassyl Mytsko, deputy director of the National Gallery of Lviv, the largest museum of Fine Arts in Ukraine with its collection of 65.000 works and its 21 locations.

"How can you be sure the Russians aren't just gathering their strength before they fire off all their rockets?"

On February 24, the war took the staff of the Gallery by surprise, who "did not expect the strikes to go so far" and threaten their city, says Mr. Mytsko.

At first "shocked", the curators quickly got to work and carefully packaged paintings and sculptures. These works, some of which are worth millions, were kept in secret places, where they are still today.

At the Potocki Palace, exceptionally open to AFP, workers take advantage of the absence of the works to repaint the walls. Where "Payment (at the lender)" by master Georges de la Tour is usually hung, a bright red catches the eye.

Since the beginning of May, two other sites of the Gallery, located more than an hour from Lviv, sometimes welcome the public. There is no question, however, of reopening in the city “until there is a major political or on the ground change”, explains Mr. Mytsko.

For him, Russia, which has already bombed two museums, near kyiv (devoted to the artist Maria Primachenko) and Kharkiv (on the philosopher Grigori Skovoroda), remains a threat for those of Lviv, because it seeks to "destroy Ukrainian identity and its European roots".

Director of the Historical Museum of Lviv, Roman Chmelik is equally suspicious. Of the ten century-old buildings that house its collections, only two very partially reopened on May 1: one to provide access to its café, the other to an exhibition for children. And all remain emptied of their treasures.

Burned by history, Mr. Chmelik recalls that when the Soviets took control of Lviv at the end of the Second World War, and at the same time of the museum, they had transformed it into a "propaganda tool". .

"They had replaced the permanent exhibition with another to the glory of the Red Army," he still chokes.

Throughout the country, the Soviets "behaved like bulldozers", also assures Mykola Bevz, professor of architecture at the University of Lviv, who was one of the actors in the registration of the city as a world heritage site. Unesco.

Lviv and its 3.000 monuments, "cradle of Ukrainian patriotism", however resisted better than others to "urban planning" of the USSR, he judges.

First because it entered the Soviet bosom later (the east of the country had been attached as early as 1918), then because "there was an intellectual movement which knew how to resist with finesse", he says .

The Lvivians thus succeeded in saving a historic district, which had to be razed to build a large square intended for military parades, according to the professor.

The former director of the National Gallery in Lviv, Boris Voznitsky had also shown himself "cunning" to enrich his collections, in particular with works of a religious nature despite official Soviet atheism, confides Vasyl Mytsko.

Following in the footsteps of these defenders of Ukrainian heritage, Roman Chmelik stresses the importance of protecting the city's museums "to participate in the formation of national identity."

And to Russian President Vladimir Putin, who denies the identity of Ukraine by assuring that the Russian and Ukrainian people are one, he replies laconically: "we are Ukrainians and have nothing to prove."