In Venice, the Rialto Bridge inaugurated after restoration 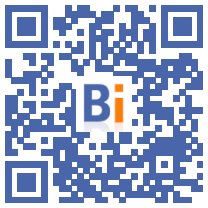 Venice celebrated the completion of the restoration of the famous Rialto Bridge a few days ago, with tenor Andrea Bocelli singing lyrical arias from this Renaissance gem that spans the Grand Canal.

With its elegant low arch and characteristic arcades, the sparkling white bridge that crosses the Grand Canal at its narrowest point was one of Venice's most photographed tourist attractions - and until the mid-XNUMXth century, the only way to cross it except by boat.

The complete restoration of the bridge, which will have cost five million euros, financed by the founder of the Diesel clothing brand, Renzo Rosso, was completed in 2019 after starting in 2015, organizers said. But a planned inauguration ceremony had to be postponed twice due to the Covid-19.

"This bridge is the bridge of Venice," Luca Zaia, president of the Veneto region of which Venice is the capital, told the guests gathered at the top of the bridge. "It's a piece of history, it's an open-air museum".

Andrea Bocelli sang Puccini's famous aria "Nessun Dorma" in a brief opening ceremony, as the flood of gondolas, water taxis and barges from the Grand Canal passed below.

The bridge with three pedestrian crossings and a 6,5-meter-high arch is the oldest that currently crosses the Grand Canal, connecting the San Marco district with the Rialto, the city's commercial center and the famous Rialto market.

It is considered an architectural masterpiece for its two arcades of shops and its pedestrian walkways with balustrades facing the water, all supported by 6.000 wooden stakes.

Built between 1588 and 1591, its two arcades of shops were for centuries the exclusive domain of goldsmiths.

But more than 400 years of wind, water and pollution - and the influx of modern-day tourists - have left their mark on the white Istrian stone. All of its 5.000 square meters of surface have been restored, including its decorative bas-reliefs.

"It's mass tourism, it's not quality tourism," said Rialto Bridge jewelry store employee Alessio of the 25 million tourists who visited the city in 2019. -Covid. "Venice cannot handle all these people".

In July, the "Serenissima" narrowly avoided being placed by Unesco on the list of sites in danger.

After banning the entry of the largest cruise ships into the lagoon, authorities now want to limit the uncontrolled influx of tourists by forcing them to book in advance and pay.