In the Roya valley, Macron faced with the "colossal" construction site accomplished and the persistent difficulties 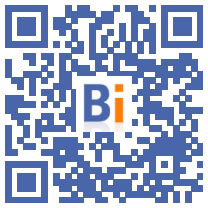 Emmanuel Macron, back in the Roya valley 15 months after deadly floods, praised Monday the "colossal" work already accomplished, promising in the face of persistent difficulties that 2022 will mark "the complete end of the work".

After a passage on the titanic site of the departmental road that the river had transformed into dotted lines, the President of the Republic arrived in Tende, in the heart of one of the three Alpine valleys affected in the hinterland of Menton. The floods had left ten dead and eight missing on the French side.

The mayor, Jean-Pierre Vassalo, welcomed him with tears in his voice: "There was a breathtaking, extraordinary will. Me, (the) next day, I thought we were screwed, frankly screwed", that ' it would take us "at least five to six years to recover."

The elected representative, however, mentioned the railway line, "umbilical cord" with the coast, which needs to be "more efficient", or the hospitals in the valley which employ 500 people and which "need to be reinforced" .

Not to mention the hamlet of Casterino, still cut off from the world.

Emmanuel Macron, who had already visited the valley a few days after the disaster and had promised to return, listened, speaking little.

"The important thing is to alert us to the points on which we must continue to be vigilant," he said.

He wanted to "salute the colossal work" done for 15 months in the face of "immense damage", the most serious in mainland France since World War II, assuring that "the year 2022 will be the complete end of the work" .

This deadline will however be difficult to meet for the Tende tunnel, which usually connects Tende to Limone on the Italian side, and should reopen no earlier than 2023 according to the authorities.

"It takes more than 300 days to pierce it," confirmed the mayor of Tende. We must "have a real understanding, a Franco-Italian cooperation, so that it is not always blockages", insisted to AFP Sébastian Olharan, mayor (LR) of Breil-sur-Roya.

"It's a European subject, we have the presidency (of the European Union, editor's note) and we can have an agreement right away," replied Emmanuel Macron.

Some 200 inhabitants had also waited for the Head of State for hours, in the cold: "Compared to the construction of the road, which took centuries, in the space of a year already we were extremely quickly in (the) reconstruction ", assured Cédric Voinet, 45, philosopher.