In the United States, the standards of reconstruction after a hurricane are those of the "climate of the past" 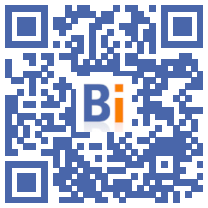 After a storm, such as Hurricane Ian, which devastated certain regions of Florida at the end of September, most Americans choose to rebuild, in areas that are nevertheless increasingly threatened because of climate change.

Gavin Smith, professor of environmental planning at the University of North Carolina, worked for several American states after the passage of hurricanes, including Katrina in Mississippi and Matthew in North Carolina.

According to him, current reconstruction standards are not up to the challenges posed by climate change, but correcting them will require real "political will".

Question: What are the rules for rebuilding after a hurricane, and are they suitable for climate change?

Reply : Cities must meet the standards in place locally before the storm hits.

In the United States, we have a national insurance program for floods (managed by the federal agency in charge of natural disasters, Fema, editor's note). For a locality to join the program, it must adopt certain flood risk reduction standards. This includes construction and land-use planning standards.

Then, if a house is damaged by a storm to more than 50% of its value, it must be rebuilt according to these codes.

The norm is to rebuild with a view to flooding every 100 years, or a risk of 1% per year. But in the age of climate change, this "centennial flood" is happening more and more often. Most risk reduction standards often reflect the climate of the past.

For example, we spent 14 billion dollars to rebuild the levee system in New Orleans (in Louisiana, editor's note) after hurricane Katrina. It was rebuilt according to the flood risk of 1% per year. So one could say, in the era of climate change, that these dikes are already obsolete.

Q: What do you expect from politicians?

A: Disasters can represent opportunities to rebuild more safely.

If we continue to spend hundreds of millions of dollars to rebuild these cities, we must demand that they adopt better standards. But it takes political will, both from members of Congress and from local officials.

These are difficult questions, amounting to trillions of dollars.

You will have the private sector saying, 'We have to avoid these regulations, because we have to rebuild quickly.' It takes political courage for a mayor or a governor to say, "No, we have to do what makes sense in the long run."

Unfortunately, people are not elected by saying: "I am going to impose more restrictive standards". This is not a winning slogan. It takes the political will to say, enough is enough, we need to adopt better standards, it's going to take time, cost more, and people might have to pay their own way.

That said, we must also include equity in the development of these standards. Crab fishermen, who live in modest houses on the water, if we adopt stricter standards, will they be able to pay?

A: A simple way to think about this is to talk about “where” and “how” to build in the face of natural disasters, including those exacerbated by climate change.

The "how" includes the elevation of structures, stricter standards of wind resistance, such as better tiles, the reinforcement of infrastructures - communication systems, bridges, roads, dikes... We can also protect the dunes natural.

The "where" is what is called spatial planning. Should we build a hospital or a school in an area prone to rising waters? Probably not.

A city may choose to prohibit building within 200 meters of the beach. Or adopt a strategy of disinvestment in high-risk areas. It is very difficult politically, but it is done on a small scale.

Resilience is a series of protective measures. If a levee is your only protection and it fails, to me that's not resilience.