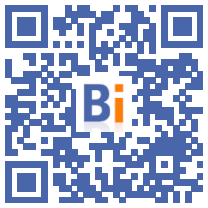 The two accidental and spectacular fires that have killed dozens of people in recent days in New York and Philadelphia are indicative of the dilapidated state of public housing and the housing crisis in major American cities.

In the popular district of the Bronx in New York, Sunday January 9, a fire caused by an electric heater killed 17 people, including eight children, in a brick building of the HLM type.

Last Wednesday, a terrible fire in a house in Philadelphia killed 12 people, including eight children.

These two tragedies are the worst fire disasters these two cities have seen in years. Their location - in apartments built for disadvantaged households - is no coincidence, say housing rights advocates.

"When I read the news, I thought, given the neighborhood and the type of building, this is public housing," remarks Jenna Collins, a Philadelphia social services attorney, of the New York fire. York.

“I was even less surprised when I heard that an electric auxiliary heating was involved,” she added, explaining that apartments financed by the State are often not sufficiently heated in winter.

During the pandemic, real estate prices have reached record highs. This increase has further removed the prospect of buying a home for many Americans.

At the same time, the supply of subsidized housing is suffering in many cities from delays in works and maintenance, which create the conditions for such disasters.

"This type of housing has been neglected more than any other," said Lena Afridi, acting director of the Pratt Center for Community Development in New York. "People live where they can, and in both cases they moved to places that weren't safe because it seemed better to sleep on the streets. But that shouldn't be the only alternative."

No state or major US city last year had enough housing available for households with very limited means, according to the National Low Income Housing Coalition, an NGO.

This shortage leads to situations like the one in Philadelphia, where the dwelling that burned housed about 26 people, 8 on the ground floor and 18 on the first and second floors, according to a firefighter.

The city said in a statement that the smoke detectors were working when inspected in the spring of last year. But they did not walk at the time of the fire.

"It's because this building was overcrowded that so many lives were lost," insists Jenna Collins.

In Philadelphia, the waiting list for public housing has been closed for years to new applicants. And some who have managed to register have been waiting for decades.

In New York, the 19-story building that caught fire housed many residents who depend on government aid, according to American media.

Lena Afridi believes the lack of maintenance work contributed to the disaster, citing testimonies from tenants who used portable electric heaters and had a habit of ignoring fire alarms because of numerous false alarms.

United States President Joe Biden intends to invest billions of dollars in social housing, via a vast social and environmental plan of 1.800 billion dollars. But the text, dubbed "Build Back Better", is deadlocked in Congress.

This is only part of the solution anyway, notes Lena Afridi. "It's less about building and more about making sure existing buildings are safe," she says.