In the suburbs of Paris, a "jewel" of social housing at the heart of a controversy 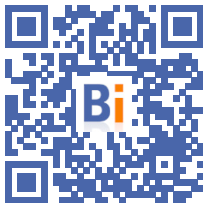 The plan for the rehabilitation of the garden city of Butte Rouge, in the south-western suburbs of Paris, continues to ignite the spirits: the project has just taken a new step but heritage associations fear the "destruction programmed "of the emblematic worker site.

Emblem of garden cities, imagined to house the workers of Paris, the Butte Rouge in Châtenay-Malabry is the subject of a vast plan contested by town planners, who wish to preserve this "jewel of social housing".

The small pastel-colored buildings built in a style inspired by the Bauhaus in the 1930s and surrounded by gardens convey the image of the ideal city of its creators, the architects Joseph Bassompierre, Paul Sirvin, Paul de Rutté and André Arfvidson.

A controversial and insufficient renovation had been carried out in 1985, and the city was damaged.

The LR municipality of Chatenay-Malabry led by Carl Ségaud welcomed the "unreservedly favorable opinion" on Friday from the investigating commissioner to his plan, following a public inquiry which collected some 1.600 opinions, from 10 December to January 11.

The standoff is also socio-economic, between the right-wing majority and the left-wing opposition which fears the “gentrification” of the neighborhood.

"It is a set of social housing among the most exceptional in France, model at the international level. It is not imaginable to see it disappear under the shovels of real estate speculation", write, in an open letter to the Minister of Culture Roselyne Bachelot, great architects including Jean Nouvel and Christian de Portzamparc.

The district is currently 100% social housing, with very modest rents.

Ms. Bachelot, who demands its classification as a "heritage and remarkable site", assures that she wants to preserve "a first-rate urban ensemble". On February 18, she received Mayor Carl Segaud, accompanied by Georges Siffredi, his predecessor, who had launched this "21st century garden city" project and who is now president of the Hauts-de-Seine council.

Carl Ségaud pledged to her to launch this classification at the next municipal council. It is after this classification - it can take months - that a "plan for the enhancement of architecture and heritage" (PVAP) can be initiated to ensure the protection of the site, we say. from Valois.

"We are going to build a protective document together," they add, emphasizing the vigilance of public authorities.

"The inhabitants of the Cité Jardin, who expressed themselves in a very large majority are in favor of the project," said the commissioner-investigator. Because the Butte Rouge "has gone from the original utopian project to a state of + city + suburb" degraded, he said, joining the town hall, which points to problems of insalubrity.

The renovation is "eagerly awaited by the 9.900 inhabitants", assures the mayor, who says "to respect his commitment made during the electoral campaign".

Of the 1.606 opinions filed during the public inquiry, nearly 74%, mostly unfavorable, "came from associations and people outside", according to the town hall.

"What is this public inquiry for?" Protested the Association Châtenay Patrimoine Environnement, according to which only a minority of residents have given their opinion. According to her, the project will only leave 15% of the historic Butte intact, driving out low-income people.

"The percentage of 15% is not based on anything", reacts the mayor to AFP. "43% of the buildings will be preserved for their remarkable characteristics, 18% will be demolished and rebuilt, and for 39%, the renovation method will be determined according to various criteria such as the carbon footprint".

"It is paying for words, we make all the small gardens disappear, and the buildings are treated as raw material", retorts Julien Lacaze of Sites et Monuments.