In the south of Niger, the largest oil pipeline in Africa takes shape 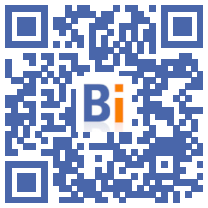 Chinese and Nigerian workers, masked and helmeted, hoist giant steel pipes over mounds of earth. Further on, smoke rises from the torches. Camouflaged in the millet fields, heavily armed soldiers lie in wait.

In Gaya, in the south-west of Niger, near Benin, the largest oil pipeline in Africa is taking shape. Nearly 2.000 km long - including 1.250 km in Niger - the pipeline must connect the oil wells of the Agadem deposit, in the far east, the scene of deadly jihadist incursions, to the Beninese port of Sèmè from where evacuated for the first time from Nigerian crude.

With a modest production of 20.000 barrels per day, Niger, one of the poorest states in the world, became an oil producer in 2011.

The black gold extracted by the China National Petroleum Corporation (CNPC) has so far been transported by pipelines to Zinder (south-central Niger), where it is refined.

Initially, Niger had planned to evacuate its crude through the Cameroonian port of Kribi via neighboring Chad, before opting for the Beninese corridor.

Launched in 2019, the project was supposed to be completed in 2022, but the Covid-19 pandemic slowed it down, Nafiou Issaka, deputy general manager of the West African Oil Pipeline Company (Wapco), told AFP. ), the contracting authority.

Wapco, a subsidiary of CNPC, is now working hard: more than 600 km of pipes have already been laid, i.e. a 51,5% completion rate, and Niger could sell its crude on the international market from July 2023, according to the Nigerian Ministry of Petroleum.

More than 700 soldiers are deployed to ensure "permanent security" for the structure, even if a large part of the areas it crosses have so far been spared from jihadist violence, a security source told AFP. covered with anonymity.

With the continued collapse of revenues from uranium, of which Niger is a major producer, the country is betting on black gold to boost its budget, a good part of which is injected into the fight against jihadist groups in the south-east. and the west.

"It is the biggest investment of Niger (ex-French colony) since its independence (in 1960)", observes Kabirou Zakari, the director of Hydrocarbons in the Nigerien ministry of Petroleum.

Oil will thus "generate a quarter of the country's GDP" (more than 13,6 billion dollars in 2020 according to the World Bank) and "about 50% of Niger's tax revenue", compared to 4% and 19% respectively. currently, notes Mr. Zakari.

According to him, Niger's reserves "are around two billion barrels". And according to official projections, Niger will produce 200.000 barrels per day in 2026.

Sonatrach, the Algerian public oil group, announced that it had made an "encouraging discovery" of oil in Kafra (north), a vast area of ​​23.737 km2 near the border with Algeria, which adjoins the Algerian oil basin of Tafassasset, also operated by Sonatrach.

The British company Savannah Petroleum, for its part, claims to have discovered new deposits in Agadem where the Chinese are already operating.

Despite local production, the black market for hydrocarbons is flourishing in Niamey and in the big cities.

According to Nigerien customs, this market "is regularly supplied by networks from neighboring Nigeria" and a giant oil producer.

On Tuesday, Niger's President, Mohamed Bazoum, denounced the extent of "fuel smuggling" from neighboring Nigeria which has become a source of "supply for terrorists" by the "Niger River (in canoes) and on motorcycles " to Mali.

"We must find a good answer" to cut off "terrorists" from this source "of fuel supply", urged the Nigerien president who spoke to the security forces in Dosso, the large city in the south-west near the Nigeria.